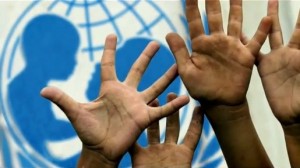 Steve’s breakdown: We reported on a global ad review back in December but this seems to be different. They are seeking a global agency to handle a campaign in the run up to Christmas. The RFP is due June 15th so call to get your hands on it. Here’s their number in the UN building: 212 1 326 7000

NEW YORK, NY: The charity has begun the process of approaching agencies with a request for proposal. Proposals need to be submitted by 15 June as Unicef gears up for the festive fundraising activity.

In the UK, the charity has recently worked with a number of agencies, including Abbott Mead Vickers BBDO, Rapp, Krow and Watson Phillips Norman. On an international basis the charity has used TBWA\Chiat\Day LA and Droga 5.

However, the charity has approached agencies beyond those it currently works with as it looks to drive awareness and revenues.

The pre-Christmas activity will follow a social media campaign in March that saw Unicef partner with environmental group Do The Green Thing to raise awareness of the effects that climate change has on children in developing countries.

A 90-second online film, voiced by Channel 4 newsreader Jon Snow, showed how a young boy would need to adapt in order to cope with drought and flooding bought on by climate change. The activity ran across Spotify, Facebook and Twitter.