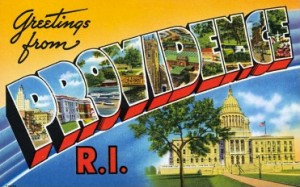 Steve’s breakdown: The proverbial sh*t is hitting the fan in Rhode Island. Seems there was only one agency that responded to an RFP and now people are crying foul. The Ratti Report predicts the present agency is not going to survive.

PROVIDENCE, RI: The fallout continues over the failed 11th-hour attempt by state lawmakers to steer all of the state’s radio and TV ad-buying business — including the millions spent by the state’s quasi-public agencies that now goes elsewhere — to one company: PriMedia Inc.

Days after the legislative move fizzled, state police Supt. Steven G. O’Donnell confirmed that a complaint had been filed about the manner in which PriMedia became the only media-buying company with a “master price agreement” with the state and, thus, the only company with which most state agencies have been allowed to do their ad-buying business since 2009.

O’Donnell would not say who had initiated the inquiry, but he confirmed that “a complaint was filed and we are reviewing it.”

On Tuesday, PriMedia’s newly hired consultant, Bill Fischer, said his client has become increasingly concerned that, in the weeks since, “dimes are dropping.” He cited the state police complaint and other evidence of what he called a “smear campaign.”

“I know when people are calling reporters and filling their heads with misinformation,” said Fischer, shortly before releasing a letter from PriMedia founder and chief operating officer Edward Valenti to Governor Chafee, in which Valenti seeks to publicly dispel the “rumors and innuendos” surrounding his agency’s relationship with the state.

In his letter to Chafee, Valenti took credit for saving “taxpayers far in excess of the 30-percent savings mandated” by his company’s existing contract with the state, and says: “You may be interested to learn that in 2009 and 2010, PriMedia’s services saved the State of Rhode Island approximately $2.6 million on broadcast placements alone.”

He said “there needs to be more public discussion about the way Rhode Island’s quasi-public agencies purchase their media placements,” and he questions why these agencies, which include the state Economic Development and Airport Corporations, have been allowed to “cling to the antiquated and inefficient ways of the past, wasting millions of dollars.”

With his company’s contract expiring at the end of this year, Valenti took aim at unnamed competitors who “have chosen to malign my company’s reputation in an attempt to return to the inefficient ways of the past that only benefited their bottom line, not the State of Rhode Island.”

He also suggested the General Assembly “initiate oversight hearings on the media-buying practices of Rhode Island’s quasi-public agencies,” an idea embraced Tuesday by the chairman of the Senate government-oversight committee, Frank Ciccione, who promises fall hearings on a wide array of spending issues.

There was no immediate response from Chafee, or from House Speaker Gordon D. Fox, who was sent a copy of the letter and was one of the legislative leaders that one-time House Majority Whip Christopher Boyle acknowledges contacting this spring in his role as PriMedia’s $2,500-a-month lobbyist, to talk about how much Valenti believes his company might save the state if given a larger role.

But Valenti’s letter put the spotlight back on the controversy that erupted sometime after midnight on June 25, as the House was wrapping up its 9 1/2-hour state budget debate.

In those final moments, the lawmakers approved “Article 27,” a previously unseen amendment limiting the companies that all state departments — including the currently exempt quasi-public agencies — could use to do their media buying to those with a “master price agreement” with the state. When it came to light a few days later that only one company has such an agreement — PriMedia — House leaders won passage of a “trailer bill,” revoking the budget provision that Rep. Lisa Baldelli-Hunt, D-Woonsocket, said she had introduced out of a belief it might save the state money.

The Department of Administration has since reported funneling $4.6 million into media buys handled by PriMedia, under terms in which the company keeps a 15-percent commission on each buy.

Many questions remain unanswered. It appears that PriMedia was one of 11 companies invited to bid, including 2 from Massachusetts. The list did not include several of the well-known companies in Rhode Island. But the state’s current purchasing chief, Lorraine Hynes, said a request-for-proposals was also posted on the state’s website on April 14, 2008.

The state’s agreement with PriMedia, for the period Jan. 1, 2009, though Dec. 31, 2011, was signed by the Carcieri administration’s chief purchasing agent, Louis DeQuattro, who subsequently advised state agencies they were “prohibited from using any other vendor.”

The contract obligates PriMedia to “achieve a savings of thirty percent (30%) per year to the state’s budget for media purchases.” It does not apply to the so-called quasi-public agencies, but it made PriMedia the buyer for Rhode Island College, the Community College of Rhode Island, the state’s health and transportation agencies, at least a portion of the University of Rhode Island and the state Lottery.

In the 2 1/2 years since, PriMedia has produced reports for the Department of Administration that suggest huge savings over the amounts charged others buying airtime in the Rhode Island radio and TV market, when compared with data provided by the industry monitor SQAD.

When Gary S. Sasse, the longtime director of the Rhode Island Public Expenditure Council, took Jerome Williams’ place as the Department of Administration director in 2009, he questioned the savings. He said several state agencies also asked his department “to intercede with PriMedia,” including the Lottery which had its own long-standing arrangement with the Pawtucket Red Sox, for example, for placement of ads in the ballpark.

Lottery officials have not responded directly to questions about their relationship with PriMedia, but Sasse, who no longer works for the state, said: “It was not a smooth relationship.”

The state police did not respond Tuesday to inquiries about their review. But PriMedia’s lawyer, former state Democratic Party Chairman William Lynch, said he contacted the state police “and offered to make my client available to them at any time at any place to answer without any reservation any and all questions.… The response from the state police was, at this point, we are not sure we even want to speak to him, which I think says volumes about the validity of the complaint.”