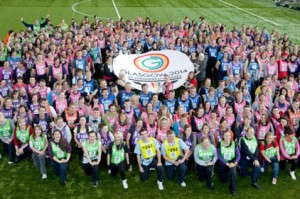 Steve’s breakdown: Hosting the Olympics is big business even if your
city doesn’t get the nod. Go forth and pitch with gusto!

GLASGOW CITY, UK: The Commonwealth Games Glasgow 2014 team is on the hunt for a digital media agency.

The successful agency will offer online support to some of the organisation’s major programmes including ticketing, sponsorship, volunteering and the Queen’s Baton Relay.

Glasgow 2014’s head of marketing and advertising, Martin Reynolds, said: ‘We have seen London 2012 use digital media in a way that no other Games has done before, so we’re looking to build on that success as we move on to Glasgow 2014.

‘The Queen’s Baton Relay, for example, is a truly Commonwealth-wide initiative so we will be looking at how we can ensure everyone can get involved and feel part of the journey to Glasgow 2014.

‘Social media have become the catalyst for unrivalled audience engagement and we want our digital media strategy to be a benchmark for future Commonwealth Games host cities.’

The contract award will be made at the end of August 2011 and will operate for an initial period of three months. The tender closes on 3 August 2011.