ObamaCare PR account in review: That’s 2 out of 50 so far

Home Accounts in ReviewObamaCare PR account in review: That’s 2 out of 50 so far

ObamaCare PR account in review: That’s 2 out of 50 so far 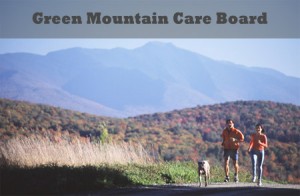 Steve’s breakdown: As predicted earlier this week, every state in the union is probably going to be creating accounts like this. Proposals are due Feb. 2 and can be viewed here

MONTPELIER, VT: The state-backed entity created to enact a universal healthcare system in Vermont is on the hunt for PR help with an RFP process open through early February.

The Green Mountain Care Board, created by the state legislature last May, is charged with expanding the state’s public health programs to make it first “single-payer” state in the union.

The board wants a firm to provide an “array of communications services to support dissemination of information about our health policy initiatives,” reads the RFP. That includes building awareness and confidence in the board and its role in Vermont healthcare, while forging an identity distinct from other state agencies and the legislature.

A one-year contract is planned.