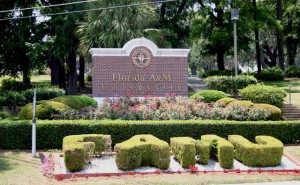 Steve’s breakdown: This will not be easy but it has to be done after that tragedy. Here’s the RFP that are due December 22nd.

TALLAHASSEE, FL: Florida A&M University, enmeshed in a crisis after the possible hazing-related death of a drum major in its vaunted marching band, has hired New York-based DKC in the short-term and issued an RFP for an agency to develop a crisis communications plan and provide PR support to the school.

Florida A&M has been working with Tallahassee-based Ron Sachs Communications on an pro bono basis after the November death of 26-year-old Robert Champion sparked scrutiny of hazing by marching band members, but Florida A&M’s board of trustees decided to put the work out for competitive bidding.

DKC was hired this week on a one-month, $30K pact.

The board of trustees on Dec. 13 released an RFP open through Dec. 22 for long-term PR help. The RFP calls for planning and development of a crisis management plan, media relations counsel, regular PR meetings with the board of trustees and senior university officials, and other messaging help.

A one-year contract with two option years is planned.