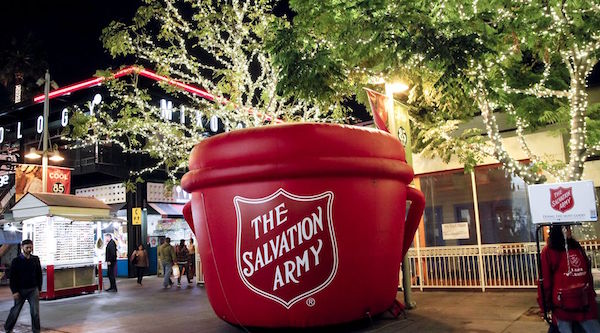 Steve’s breakdown: This one took a while and we’re not sure when the account was reviewed but we’re going to say sometime last year . . . as predicted.

The ad underscores the idea that people deserve dignity and love, noting: “Love isn’t pro this, or pro that, but proactive.”

Additional spots will be specific to the organization’s hunger relief, shelter and bill-assistance services.

“With these stories, we’re aiming for empathy, never sympathy. The families assisted by The Salvation Army are resilient and strong, and we worked hard to represent them in that light,” Katie Bernet, associate creative director, LERMA/ told Agency Daily.

In addition to the campaign, four high-traffic areas — Love Field Airport in Dallas, 30 Rock in New York City, Mall of America in Minneapolis and Alderwood Mall in Seattle — also introduced activations. The interactive pop-ups illustrate how the Salvation Army and its donors help those in need.

“Many people think of The Salvation Army as bell ringers, red kettles and thrift stores. Few know the role we play in helping suffering humanity throughout the year,” said Commissioner Kenneth G. Hodder, National Commander of The Salvation Army. “For the people we serve, a warm bed or meal is just the beginning. We are focused on helping them break the cycles of poverty, domestic abuse, addiction, isolation, and more — serving the person emotionally, physically and spiritually.”