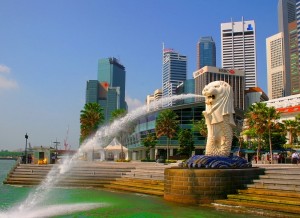 Steve’s breakdown: Singapore has it sights on surpassing Hong Kong and maybe even New York as a financial powerhouse. It’s a tall order but I wouldn’t mind taking their money to try to make it happen.

SINGAPORE: It is understood that officials from the Singapore Economic Development Board visited the UK last week to meet a number of agencies and hear pitches for the brief.

The EDB is looking for an agency to build the state’s profile in the UK’s national and financial press, and encourage businesses to invest in Singapore.

Singapore is currently ranked in fourth place by the Global Financial Centres Index, behind London, New York and Hong Kong.

Sources with knowledge of the process said that the account was worth up to $470,000. There is no incumbent, but the EDB has used a number of agencies for UK project work in the past.

It is thought that officials met primarily with representatives of agencies with global networks rather than London-based financial PR specialists. One source said that as many as 12 agencies had been involved.

The agency trawl comes just 12 months after the EDB instigated a major pitch process to find an agency partner in Europe.

PRWeek understands that Grayling picked up this brief for selected pan-European work earlier in the year. The current pitch is believed to be a separate brief.

Singapore is locked in a four-way fight with Tokyo, Hong Kong and Shanghai to become the pre-eminent financial centre in Asia.

The state was boosted earlier in the year when it was reported that Manchester United was set to list on the Singapore Exchange, although the listing has yet to materialise.

Indeed, it is thought that the Singapore Exchange itself has been meeting international agencies during recent months about a global PR brief that, according to one observer, is a hugely lucrative account.