Home Industry: GreenThere’s got to be an ad account in this $10 billion 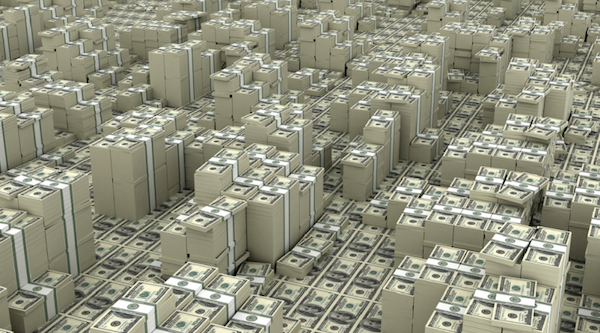 Steve’s breakdown: Bezos says he is committing $10 billion to start a new fund to fight climate change and we think there’s got to be some marketing and/or advertising involved. Ya gotta get the word out about these types of things and it might as well be from you!

Mr. Bezos, who announced the new fund on his Instagram account on Monday, said the Bezos Earth Fund would help back scientists, activists, non-government organizations and any other effort that “offers a real possibility to help preserve and protect the natural world.”

Mr. Bezos, who provided few details about the fund, said he would start issuing grants this summer.

“Climate change is the biggest threat to our planet,” Mr. Bezos wrote. “I want to work alongside others both to amplify known ways and to explore new ways of fighting the devastating impact of climate change on this planet we all share.”

Mr. Bezos didn’t specify whether he plans to set up a philanthropic foundation or seek to provide grant funding through another entity. A spokesman for Amazon confirmed that the pledge is genuine but declined to provide any additional details on Mr. Bezos’s plans.

If he does move to set up a foundation, it would instantly become one of the largest in the U.S., as well as one of the most substantial financial commitments to combat climate change.

Climate change has become a major focus of many of the largest U.S. philanthropic foundations and a central issue for Bill Gates, the Microsoft Corp. co-founder whose Bill & Melinda Gates Foundation is the largest philanthropic organization in the U.S. by assets.

Mr. Bezos is an investor and board member in Breakthrough Energy Ventures, a $1 billion fund co-chaired by Mr. Gates and the philanthropist John Arnold. The fund aims to invest in promising experimental energy technologies.

Mr. Bezos’s other major personal philanthropic arm is his Bezos Day One Fund, which launched in 2018 with a commitment of $2 billion toward funding nonprofits that aid homeless families and creating nonprofit pre-schools in low-income communities. He previously indicated that he sees his $1 billion-a-year funding of Blue Origin, his rocket company, as an important charitable endeavor.

His climate commitment follows an ambitious pledge Amazon made in the fall after employees there and at other technology giants called on their leaders to do more to address climate change.

Amazon workers have been critical of the company’s environmental impact. A group called Amazon Employees for Climate Justice has continually pressured the company to take more action on climate change, demonstrating outside of its Seattle headquarters and writing open letters to the company.

Amazon, which ships billions of packages each year, said in September it would work to reduce the emissions it generates using airplanes, vans and trucks to ferry its packages across the globe. The company plans to order 100,000 electric delivery vehicles.

Another element of the pledge is to be “carbon neutral” by 2040. For companies, becoming carbon-neutral means having no net release of carbon dioxide into the atmosphere after eliminating emissions or offsetting them through actions such as planting trees.

After Mr. Bezos’s $10 billion commitment was announced Monday, Amazon Employees for Climate Justice said it applauded the effort but called on the company to do more.

“When is Amazon going to stop helping oil [and] gas companies ravage Earth with still more oil and gas wells?” the group said in a statement. The group has been critical of Amazon’s work with oil-and-gas companies as part of its Amazon Web Services cloud-computing unit.

Last year, U.S. businesses signed deals for a record 9.3 gigawatts of renewable energy, according to the Renewable Energy Buyers Alliance.

Tech firms from Microsoft to Alphabet Inc.’s Google have joined Amazon in making climate pledges in recent months. Large companies have said that commitments to curb greenhouse-gas emissions and buy green power have become pertinent to their recruiting and retention efforts, especially among young workers.