Bars, strip clubs & breweries discover how to survive the pandemic

Bars, strip clubs & breweries discover how to survive the pandemic 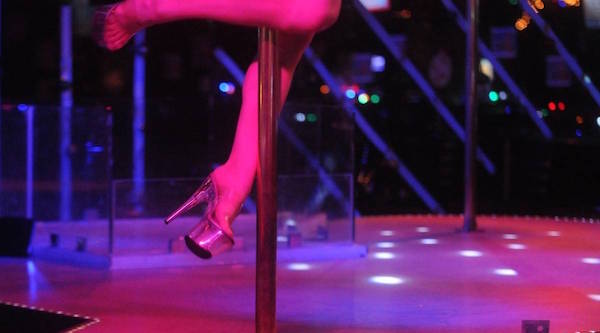 Steve’s breakdown: There are probably a lot of new small clients right outside your door.

EVERYWHERE, USA: After the state of Florida shut down bars and nightclubs for the second time in June, Warren Colazzo didn’t sit around complaining about government overreach, even as one of his competitors remained open for business in Tampa. Instead, Colazzo hired a consultant. He drew up plans to build a simple kitchen, and within a matter of weeks, he reopened Thee Dollhouse as a strip club with a restaurant, just like nearby Scores Gentlemen’s Club and steakhouse.

“I’m not in the food business,” says Colazzo, managing partner of Thee Dollhouse, who has survived his own brush with covid-19. “I’m in the adult nightclub business. But it’s something that we had to do, and so far the customers really seem to like it.”

In hot spots across the country, where states have again shut down bars and other nonessential nightlife operations to help flatten the curve of the pandemic, the impacted establishments have faced difficult decisions: Do they keep their doors closed and risk the death of their businesses and their livelihoods? Or do they find some legal workaround to remain open, potentially exposing patrons and employees to a virus that has already killed 147,000 Americans?

Increasingly, bar and club owners have been turning to the same allies to stay alive during the pandemic: food and restaurant licenses.

From Florida to Texas and from Louisiana to Maine, proprietors are discovering that states will let bars, breweries, strip clubs and night clubs remain open for business as long as they serve food with their alcohol — typically more food than booze, but not always — and follow the local guidance required of restaurants. Entrepreneurs have either traded in their bar license for a food-and-beverage license or secured a restaurant permit to go along with their existing liquor license.

“It’s not so much in the spirit of, ‘Hey, I’m going to stick it to the man and find this loophole,’” says Blake Foster, majority co-owner of Odd Colony Brewing Co. in Pensacola, Fla. “We’re also changing our business model to create a safer environment. There will be no bar seating and table service only with food.”

Odd Colony was only a few months old when Florida shut down bars, breweries and the like in March. The owners had sunk a lot of money into construction and operations, and they had $600,000 in debt to prove it. Selling to-go beer, allowed in Florida and other jurisdictions during the pandemic, wouldn’t begin to cover the $30,000 a month the owners needed just to break even, Foster says.

All it took was $1,206 — “to the penny,” Foster says — to complete building out a kitchen that was left unfinished when Odd Colony opened in October. The state approved the brewery’s paperwork in a matter of days, an inspection was quickly arranged and on Tuesday, Odd Colony reopened with a permanent food service license.

“It’s totally out of our control whether we’re going to live or die, and this was a way for us to take back a little bit of control,” says Blake. Odd Colony, he notes, opened at only 20 percent of its capacity, well below the 50 percent allowed in Florida, to help keep customers and staff safe.

If it sounds like some bar and club owners are gaming the system at a time when Americans should be more concerned about public safety than business survival, proprietors will tell you that they’d happily shut down if they could afford to. If their landlords would forgive all or part of the rent, or if they could secure federal bailout money to last for months. But not everyone has those luxuries available.

What’s more, they say, states have made all bars and clubs pay for the sins of a few bad actors. Some operators in Texas even sued Gov. Greg Abbott (R) and alcohol regulators when they shut down bars statewide. “He’s targeting us, and it’s discrimination,” Tee Allen Parker, owner of Machine Shed Bar & Grill in Kilgore, told The Post last month.

Not all bars are alike, owners will tell you. Some are closer in spirit to restaurants, with fully functioning kitchens and sizable menus. The only thing that separates some bars from restaurants is their bar or tavern license, which, among other things, gives owners the ability to sell more alcohol than food. Is it fair, owners ask, that bars that have followed the guidelines or bars that behave more like restaurants get lumped together with shady operators?

“That’s where it’s entirely unfair,” says a New Orleans bar owner who spoke on the condition of anonymity because he feared backlash for adding a restaurant permit to his watering hole. “I understand that government is generally not going to catch nuance, but that’s forced a lot of us to have to try to think outside the box.”

“The biggest risk for contracting covid-19 is being around other people who are either symptomatic or asymptomatic,” he says. “There is nothing magical about serving food that all of a sudden reduces that risk.”

Just as important, Chapman notes, there are reasons to be cautious about bars during a pandemic. Bars tend to encourage people to spend long periods together in the same space, increasing the potential to spread the virus. Bars tend to be noisy, with music cranked to levels that force patrons to speak loudly, possibly propelling droplets in the direction of other drinkers. (Remember the church choir rehearsal in Washington state?) And bars tend to, well, encourage drinking, and drinking, in turn, lowers inhibitions, such as the need to maintain your distance.

There’s plenty of evidence that connects the reopening of bars with new clusters of covid-19 cases, Chapman points out. News reports in Hawaii, Minnesota, Colorado, suburban Detroit, central Florida, Arizona, New Jersey and other locales have tied bars with new outbreaks, and states have responded in kind. Authorities in California, Colorado, Texas, Florida and other jurisdictions have closed bars, night clubs, breweries and strip joints for a second time, sometimes just weeks after they allowed them to reopen.

“The only reason that, I think, we really need to be out is for things that are essential,” Chapman says. “And something like a bar, it’s hard to argue that it is an essential service, for me.” Ever since he converted two of his bars into restaurants in El Paso, Justin Kaufman says his places have had almost daily visits from police, the sheriff’s department or the Texas Alcoholic Beverage Commission to make sure they’re following the rules. The visits could be based on the reputation of Kaufman’s establishments, he says. Locals have been known to complain about overcrowding at El Rey Muerto Bar & Grill and El Paso Drafthouse during the pandemic, or for even being open during the shutdown, Kaufman says.

“The community didn’t know we had changed our license,” he says.

Like many of the bars that switched to restaurant operations, El Paso Drafthouse and El Rey Muerto already had kitchens and menus. But food sales were low compared to those of alcohol, Kaufman says, about 10 to 15 percent of gross revenue. The challenge now is to motivate staff to push entrees so that his businesses can meet the requirements of their new food-and-beverage licenses, namely food sales of at least 50 percent.

“We’re figuring it out as we go,” Kaufman says. “This past week, we definitely sold a lot more food than we ever have in a given week. We actually just had a conversation with all of our employees yesterday to really upsell everything, food-wise.”

Warren Colazzo at the Thee Dollhouse has a similar problem with his new restaurant model. But he also has dozens of secret weapons to push food at his strip joint.

“The girls are always hungry, so [customers] always want to keep the girls happy,” Colazzo says. “So it works out well for everybody.”