Opening/Relaunching Month is upon us for Retail: Ready to pounce?

Home Industry: RetailOpening/Relaunching Month is upon us for Retail: Ready to pounce?

Opening/Relaunching Month is upon us for Retail: Ready to pounce? 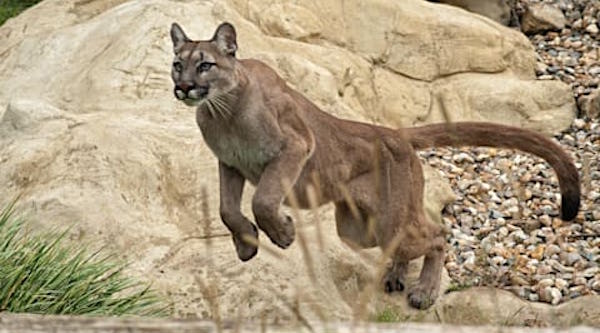 Steve’s breakdown: It’s coming folks, the opening, or should we say, the relaunching of retail nationwide. The story below is about Simon Malls opening in 10 states.

Now is not the time to be timid or you’ll get your lunch eaten, so it’s time to pounce. Get on the horn of every retailer you have, had or pitched and be an animal!

INDIANAPOLIS, IN: Simon Property Group, the largest mall operator in the U.S., is preparing to reopen 49 of its properties in 10 states in coming days, according to a leaked memo obtained by several news outlets. Some retailers, however, may not participate — and many consumers are likely to remain wary of venturing into the aisles.

“Security officers and employees will ‘actively remind and encourage shoppers’ to maintain a proper distance from others and to refrain from shopping in groups. Food court seating will be spaced to encourage social distancing, and reusable trays will be banished. Play areas and drinking fountains will be temporarily closed, mall-provided strollers won’t be available and, in restrooms, every other sink and urinal will be taped off. Regular audio announcements will be made ‘to remind shoppers of their part in maintaining a safe environment for everyone,’” according to the April 27 memo sent to retailers, the New York Times’ Sapna Maheshwari and Michael Corkery write.

Employees will wear masks and Simon will “use ‘traffic measuring technology’ to limit patrons to one person per 50 square feet. Malls will also have … one-way decals to promote social distancing,” Lane Elder writes for  The Atlanta Journal-Constitution.

“Simon was among the first major REITs to voluntarily shut down its mall properties, doing so the third week of March, after a steady stream of announcements from major retailers that they would temporarily shutter their national footprints and as states took progressively stricter steps to limit the disease’s spread. Since then, most parts of the U.S. have implemented restrictions on what businesses may open and when residents may leave their homes,” Ben Unglesbee writes  for Retail Dive.

“The memo was accompanied by a 47-slide presentation of ‘illustrative examples’ of messaging that shoppers will see. They include signs welcoming them back to the malls and detailing safety precautions that have been taken.… Also part of the presentation was a depiction of a taped-off urinal, and maps for common areas that showed where hand sanitizer and seating might be placed and where ‘Temporarily Closed’ signs could appear,” the NYT’s Maheshwari and Corkery add.

“It will be left up to the retailers at these properties — such as Macy’s, American Eagle and Victoria’s Secret — to decide whether they wish to reopen for business. Many have furloughed the majority of their store workers, and it could take some time to bring them back. Retailers will also be tasked with stocking fresh inventory and selling through stale merchandise that has been sitting on shelves,” writes  CNBC’s Lauren Thomas.

“Some might be more eager than others to turn the lights back on. Nordstrom had warned its financial situation could become distressed because of coronavirus-related store closures. Gap said last week that it did not pay rent in April, adding it might not have enough cash to keep funding its operations,” Thomas adds.

“The impending reopening will give a glimpse into what life will look like as states across the country lift restrictions and allow economies to slowly reopen. The state of Georgia was the first to allow businesses to reopen this past Friday. The bigger question is how long it take for consumers to feel comfortable enough to go out shopping,” observes  Matthew Fox for Markets Insider.

“As many retailers have furloughed or laid off much of their workforce, bringing employees back could be a tricky proposition,” Madeline Stone writes  for Business Insider.

Indeed, “plans for a swift reopening of malls, factories and other businesses accelerated Tuesday, but they quickly collided with the reality that persuading workers and consumers to overlook their coronavirus fears and resume their roles in powering the U.S. economy may prove difficult,” write  David J. Lynch and Abha Bhattarai for The Washington Post.

“Consumers may have permission to go do something. But whether they go do it depends upon how badly they want to do it and how safe they feel,” William Dunkelberg, chief economist at the National Federation of Independent Business, tells Lynch and Bhattarai.

Simon, which is based in  Indianapolis, Indiana, maintains malls and outlets in 37 states and Puerto Rico.

“More than real estate, we are a company of experiences. For our guests, we provide distinctive shopping, dining, and entertainment. For our retailers, we offer the unique opportunity to thrive in the best retail real estate in the best markets,” Simon maintains  in its “2019 Property Portfolio” document.

But for now, the properties will be offering an even more unique shopping experience of free temperature testing, as well as masks and hand sanitizer, to all comers.