Where’s the most legal & convenient place to buy firearms that could use a new campaign?

Home Industry: RetailWhere’s the most legal & convenient place to buy firearms that could use a new campaign?

Where’s the most legal & convenient place to buy firearms that could use a new campaign? 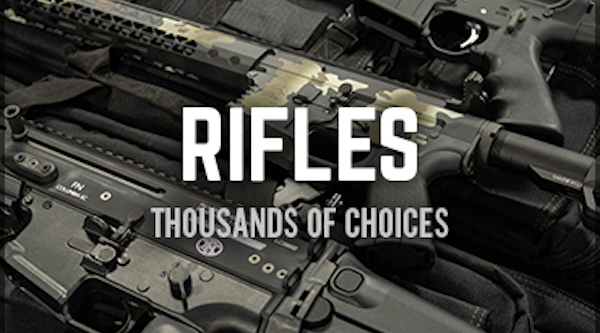 Steve’s breakdown: Not that we’re big fans of filling the country with more guns but now that Dick’s is dumping firearms, places like Springfield, MA based Bass Pro Shop are now the best option and they don’t have a campaign for that. Maybe you do . . .

The nation’s largest sporting goods retailer said it will pull guns from another 440 stores this year as it expands on efforts it began in the wake of the school shooting in Parkland, Fla., in February 2018. Dick’s first efforts involved the removal of high-capacity magazines and assault-style weapons from its stores and a ban on firearms sales to anyone under 21. In March 2019, following a 10-store test, Dick’s said it was pulling the hunting category from 125 stores. Since then, the entire hunting category, including the company’s Field & Stream business, has been under “strategic review.”

Dick’s net income fell to $69.8 million, or 81 cents per share, for the quarter ended Feb.1, compared with $102.6 million, or $1.07 a share, in the year-ago period, Excluding one-time charges — which included a $13.1 million write-down of inventory resulting from the removal of hunting-related goods from roughly 440 stores — Dick’s earned $1.32 per share, better than the $1.22 a share expected by analysts.

Total same-store sales rose 5.3%, supported by increases in both average ticket and transactions, as well as growth across each of Dick’s three primary categories of hardlines, apparel and footwear. Digital sales increased 15%.

Net sales for the full year increased 3.7% to approximately $8.75 billion.

“During 2019, we made meaningful changes across our business, which fueled our strongest annual comp sales gain since 2012 and a 14% increase in non-GAAP earnings per diluted share over 2018,” said Ed Stack, chairman and CEO, Dick’s Sporting Goods. “As we enter 2020, we remain enthusiastic about our business and have been pleased with our start to the year. We are excited to continue to focus on and enhance our 2019 strategies, which include optimizing our inventory and floor space, delivering differentiated merchandising and driving athlete engagement across all channels. Our outlook balances this enthusiasm with a degree of caution over the coronavirus and how it may impact our business.”