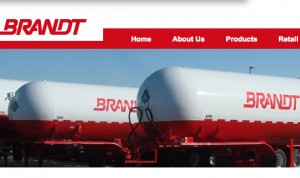 Steve’s breakdown: These folks might be a BtoB client but they understand what it means to get the word out to the masses. And that’s always good news to new business guy.

The addition of Barnhart represents Brand’s continued growth, leadership and commitment to the agriculture industry, both locally and globally. Before joining Brandt, Barnhart served as the company’s branding consultant for over four years and has been a member of the company’s Board of Directors since early-2010.

“Karl has helped build the Brandt brand around the idea of helping farmers ‘take control’ and has had a key role in the company’s strategic marketing efforts over the last several years,” said CEO Rick Brandt. “He has a keen understanding of the business, deep expertise with some of the world’s biggest brands, and a hunger for growth. We are thrilled to have Karl in this new position.”

Barnhart comes to Brandt after 15 years as a partner and 18 months as President of CoreBrand, a brand strategy, communications and design firm headquartered in New York, NY. Some of Barnhart’s clients include MasterCard, NASCAR, Cisco Systems and Ciba Speciality Chemicals. Barnhart will remain on CoreBrand’s Advisory Board to help provide strategic direction and ongoing client service.

“I am excited to join the Brandt organization,” said Barnhart. “This is a family-owned company that’s on the move, yet never forgets where it’s come from. I could not imagine joining a better team.”

Barnhart and his wife, Heather, an executive at Christie’s auction house in New York, will move to the Springfield area full time by year’s end.