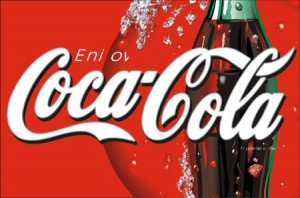 Steve’s breakdown: This news seems to be getting out in drips as if they don’t want to make a big deal about it. Either way, Alison is a Coke vet and will probably hold the company line. But that doesn’t mean introducing yourself with a hearty congratulations would hurt.

ATLANTA, GA: Coca-Cola Co.’s freshly-named top marketing executive in North America is a 15-year Coca-Cola veteran who at various points in her career has been responsible for non-cola brands in North America and the Diet Coke brand’s overall direction.

Since January 2009, Lewis had been general manager for juice brand Odwalla, a wholly owned Coca-Cola subsidiary. She was responsible for managing about 800 employees in a variety of functions, including sales, manufacturing, supply chain, marketing, research and development, finance and human resources.

“She is a talent, and her appointment makes perfect sense,” said John Sicher, editor and publisher of trade journal Beverage Digest.