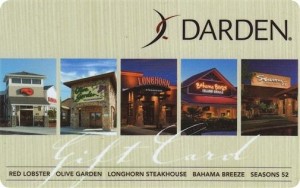 Steve’s breakdown: There’s a lot of movement going on at Darden at the end of the month. But that’s plenty of time to introduce your agency to the folks in all those new positions. Start with the new CMO, JJ Buettgen. Darden’s brands include: Red Lobster, Olive Garden, LongHorn Steakhouse, The Capital Grille, Bahama Breeze and Seasons 52.

ORLANDO, FL: Drawing from its deep reservoir of leadership talent, Darden Restaurants, Inc. today announced new assignments for the leaders of Red Lobster and Olive Garden, its two largest brands. The moves, which are part of a rotation of leadership in four senior positions in the company, demonstrate the benefits of Darden’s long-term commitment to developing talent and its ability to leverage its leaders’ breadth to provide key roles with new energy and insight.

The following leadership appointments will take effect early in the new fiscal year which begins May 30, 2011:

After seven years as President of Red Lobster, Kim Lopdrup will become SVP of Business Development overseeing Darden’s long range growth plans and will report to Darden’s Chairman and Chief Executive Officer, Clarence Otis. Under Mr. Lopdrup’s leadership, Red Lobster has been successfully positioned for a new era of growth. With his depth of experience at Allied Domecq and Burger King in international restaurant development, operating within a franchise model, acquisitions and launching new businesses, Lopdrup brings highly relevant expertise to areas that are increasingly important to Darden’s plans for long-term growth.

John Caron, currently Darden’s SVP and Chief Marketing Officer, will become President of Olive Garden, reporting to Drew Madsen, Darden’s President and Chief Operating Officer. Mr. Caron, who contributed to Olive Garden’s growth as its EVP of Marketing for six years, will return to lead the brand as it continues to extend its strong leadership position in casual dining. Before joining Darden, Mr. Caron was Vice President and General Manager of Beverages for Unilever-Best Foods North America with specific responsibility for the Lipton Beverages business.

Commenting on the moves, Darden’s Chairman and CEO Clarence Otis said: “As we look to the future and work to build on Darden’s long track record of competitively superior performance, we have a deep talent bench that can be leveraged to bring fresh perspectives to some of our most important leadership positions. The ability to reach across our business for talented and experienced professionals to lead us into the next phase of our growth reflects our consistent investment over many years in attracting, developing and nurturing outstanding individuals with a diverse array of skills.”

Commenting on the contribution each of these leaders has made to the success of the company to date, Mr. Otis noted that, “Kim, Dave, John and JJ have each made a tremendous contribution in their current roles and we’re delighted they’ve agreed to take on these new responsibilities.”

Since all of the changes involve internal moves, the company anticipates a smooth transition and expects to continue to sustain solid sales and earnings momentum. Other members of Darden’s leadership team will remain in their current roles and continue to make their own significant contributions to the company’s growth and profitability.

Darden President and COO, Drew Madsen noted: “Our brands will benefit greatly from these changes. I am excited about the opportunity to leverage these talented individuals in new ways that can take our business to the next level. They are proven leaders who have directly contributed to our industry leading financial results over the past several years. Just as importantly, they also live out Darden’s core values every day and help create a culture where our employees feel valued and motivated to deliver industry-leading performance.”

Darden Restaurants, Inc., (NYSE: DRI), the world’s largest full-service restaurant company, owns and operates more than 1,850 restaurants that generate more than $7 billion in annual sales. Headquartered in Orlando, and employing approximately 180,000 people, Darden is recognized for a culture that rewards caring for and responding to people. In 2011, Darden became the first full-service restaurant company ever to be named to the FORTUNE “100 Best Companies to Work For” list. Our restaurant brands – Red Lobster, Olive Garden, LongHorn Steakhouse, The Capital Grille, Bahama Breeze and Seasons 52 – reflect the rich diversity of those who dine with us. Our brands are built on deep insights into what our guests want. For more information, please visit www.darden.com.