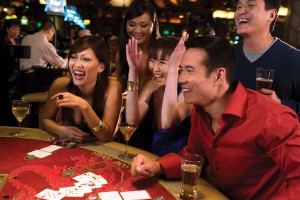 Steve’s breakdown: Foxwoods has had it’s issues but they can turn into new business opportunities as we reported last month. Enter the new Asian marketing chief. If the Asian market is in your sights, it’s time to get on the horn.

MASHANTUCKET, Conn. — Foxwoods Resort Casino in Connecticut, hoping to extend its reach into the large market of Asian gamblers, has appointed a former executive at Caesars Entertainment in Nevada head of Asian marketing.

Chen said between 20 percent and 30 percent of Foxwoods’ customers are Asian, primarily from the New York and Boston markets. She said the casino intends to increase its focus on casino events to draw more Asian gamblers.

Casinos in Delaware, Pennsylvania and West Virginia are competing more fiercely for Asian customers by hiring directors of Asian-American player development, expanding dining areas and menus and coming up with other strategies.