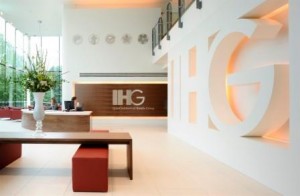 Steve’s breakdown: According to one source, they are looking for a new marketing chief with weighty experience in brands as the world’s largest hotel operator by number of rooms seeks to ramp up global growth from its existing chains and new portfolio additions. And you know our philosophy regarding hiring new CMOs. Help them find the right person and then make them your client!

LONDON, UK: InterContinental Hotels Group PLC, a global hotel operator, Monday said Tom Seddon, Chief Marketing Officer, will the leave the company, and added that it has named a new head for European division and has combined the Middle East and Africa with Asia Australasia, allowing two similar businesses to leverage scale in key developing markets.

-Seddon’s role will be split on an interim basis between two senior members of the company’s sales and marketing organization.