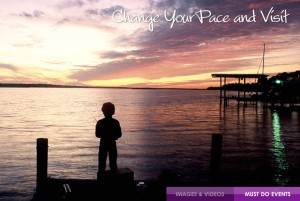 Steve’s breakdown: We reported on the creation of this organization back in March. That’s when we said to be ready when they pull the trigger. Hopefully you did just that because they are off and running.

BILOXI, MS: A familiar face is taking over as executive director for the Mississippi Gulf Coast Convention and Visitors Bureau. Beth Carriere was named to the post Thursday.

Kenneth Montana, President Harrison County Tourist Commission, said Carriere was selected with an “overwhelming majority vote of the Commission.” He said contract negotiations will begin immediately, and Carriere should be at work within weeks.

“We agree that a regional effort and cooperative considerations in concert with business leadership along the entire Gulf Coast is the way to a positive future. We believe that Ms Carriere will assist in bringing those together whose intentions are for the greater good of the Mississippi Gulf Coast Tourism Industry,” said Tourism Commissioner Rip Daniels.

Carriere is a resident and native of the Mississippi Coast with more than 20 years of experience in tourism marketing and CVB management.

Among her professional accomplishments, she is credited with establishing and serving as President of the Mississippi Coastal Tourism Partnership. Established in 2005, her initiative and efforts helped create the first and original organization to combine the mutual goals of the Tourism Leaders of Jackson, Hancock, Harrison Counties and coastal Cities in a joint initiative to market the Mississippi Gulf Coast as a Regional Tourism Destination and Resort.