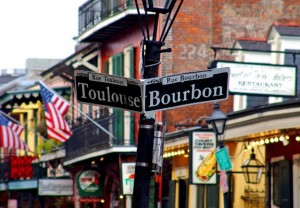 Steve’s breakdown: We’ve been writing about New Orleans tourism for months now but this is a dynamic situation down there. Will the local boy keep things where they are or try to do something more. Either way, one should be keep an eye on this account in case there’s any movement.

NEW ORLEANS, LA: A longtime New Orleans marketing and public relations executive has been tapped to lead the tourism agency charged with promoting leisure travel to the city.

Mark Romig, who most recently served as the vice president of marketing and public relations for the Delta Division of HCA Healthcare, was appointed Chief Executive Officer of the New Orleans Tourism Marketing Corp. at the monthly meeting of the organization’s board.

Romig succeeds Sandra Shilstone, who stepped down at the end of March.

“I think he’s really the right person at the right time,” said Darryl Berger, chairman of the organization’s board. “He is universally respected, both professionally and personally.”

Berger said the board decided to forego a full search for Shilstone’s replacement after Romig was suggested by several board members and other members of the tourism industry. The group was looking to hire a marketing expert with established relationships within the tourism community.

“He meets and exceeds all of these qualifications,” Berger said.

A native New Orleanian, Romig graduated from Brother Martin High School and from the University of New Orleans’ School of Business Administration with a bachelor of science from the Hotel, Restaurant and Tourism Administration division.

Before joining HCA, Romig spent 16 years at Peter A. Mayer Advertising. He is the immediate past chairman of The Idea Village, a nonprofit that nurtures entrepreneurial ventures, and a former chairman of the Allstate Sugar Bowl Committee. Romig is currently serving as co-chairman of the media and public relations committee for the 2013 Super Bowl XLVII Host Committee. The Super Bowl will be held in New Orleans in 2013.

With a unanimous vote, the board signed Romig to a three-year contract. He will receive an annual base salary of $163,000 that is subject to an annual cost of living adjustment. His contract also allows for performance-based bonuses.

“Mark is a phenomenal guy, incredibly well respected,” Councilman Arnie Fielkow, a member of the organization’s board, said.

Romig takes over the organization following a tumultuous period during which the marketing corporation has been publicly at odds with the New Orleans Metropolitan Convention & Visitors Bureau.

In December, the marketing corporation’s board voted to terminate a plan to merge with the CVB. The decision came after months of discussion between the two boards failed to find a compromise on two key sticking points: whether the resulting organization would be public or private and whom the board would comprise.

The merger plan called for the visitors bureau head, Stephen Perry, to lead the merged group and Shilstone to work as a consultant for it.

Romig said he sees his role, in part, as that of a collaborator and convener of the various tourism organizations in the city. In addition to marketing to leisure travelers, his job will be to produce one voice in a tourism industry that has several organizations including the CVB, marketing corporation, Louisiana Restaurant Association, the Greater New Orleans Hotel & Lodging Association, the Greater New Orleans Sports Foundation and the Multicultural Tourism Network.

“I think things happen for a reason and I think my time here is to be a collaborator,” Romig said. “This is my hometown and I’m thrilled to have the opportunity to promote it.”

Romig called his appointment “a new chapter” that will be marked by an “unprecedented amount of collaboration with the tourism industry.”

In other news to come out of the meeting, the marketing corporation’s board voted to spend about $310,000 to create one 30-second and one 60-second television spot that would promote New Orleans’ cultural aspects to prospective travelers. The allocation increases the organization’s planned spend on advertising, but Romig and Berger said it was necessary to balance out the current campaign which is targeted to younger travelers. Older travelers, the thinking goes, are wooed by an emphasis on the city’s cultural offerings.

“What we want to do is make sure we have a more complete toolkit,” Romig said.

The money will come from the organization’s reserve because it had not been budgeted. Two board members, Michael Smith and Stephen Woodruff, objected to the plan because it was spur of the moment and they needed more information about the potential opportunity costs for not making such an investment before they could cast a vote in its favor.