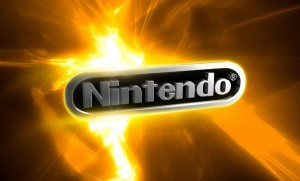 Steve’s breakdown: Package goods dude might have a bit of a learning curve at Nintendo but he will bring in some change. Which, as you know, is what we are all looking for. If you know gaming, go for it.

Moffitt comes to Nintendo from Henkel Consumer Goods, where he oversaw North American operations for leading personal-care brands such as Dial, Right Guard, Tone and Pure & Natural. During his five years as senior vice president and general manager for the Personal Care division, he orchestrated an overhaul of the flagship Dial and Right Guard brands, Nintendo’s press release said.

“Scott Moffitt makes a marvelous addition to the Nintendo team,” Fils-Aime said. “His expertise in driving growth will be a terrific asset as we build momentum for the Nintendo 3DS system and continue to reach new audiences for the Wii console.”

“Nintendo is a brand unlike any other,” Moffitt said. “I look forward to helping shape the company’s future for all kinds of players.

Moffitt’s achievements also include a “stint” at PepsiCo, launching the never-seen-in-Australia “Mountain Dew Red” (we think the slogan he came up with was “Finally Better than Crab Juice”). Moffitt has joined to Nintendo at an interesting time as the firm gets ready to debut a brand new video game console at E3 next month while juggling the next phase of marketing for it’s recently released Nintendo 3DS handheld.