They say the new guy is TayorMade to be CMO

Home Industry: SportsThey say the new guy is TayorMade to be CMO

They say the new guy is TayorMade to be CMO 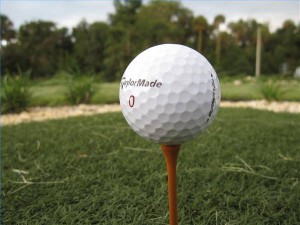 Steve’s breakdown: There’s a lot of back slapping in this press release but don’t let that fool ya. These guys are all over the place with co-op advertising, brand launches and sponsorships. Looks like fun so get in there.

CARLSBAD, CA: TaylorMade Golf Company, comprised of three of the strongest global golf brands in the industry, has named Bob Maggiore Chief Marketing Officer. In his new role, Maggiore will be responsible for brand communications, e-commerce and all consumer facing marketing activities that support the TaylorMade, adidas Golf and Ashworth brands.

Maggiore, an accomplished 18-year golf industry veteran (13 with TMaG), was named head of TaylorMade’s marketing division four years ago, and since then, has run point on key product launches including the r7 SuperQuad, R9 drivers, Burner irons and the Penta TP tour golf ball.

Most recently, Maggiore and team launched one of the golf industry’s most successful and buzzed-generating franchises in recent memory – R11™, which includes the iconic white R11 driver with 3D tuning and the new R11 irons. As part of this historic launch under Maggiore’s leadership, TaylorMade broke new ground by advertising an 80-foot tall R11 driver foul pole in right field at PETCO Park. The company also took over 54th street in Manhattan and built a driving range for consumers to experience the product.

In addition to capturing consumers, the TaylorMade R11 driver is the No. 1-played driver on Tour. TaylorMade sold its one millionth white metalwood in August 2011 after only six months on the market – a landmark achievement for the organization.

“Bob is a proven leader and innovative marketer with unparalleled experience across all three brands,” said TaylorMade Golf Company President and CEO Mark King.  “Under his leadership, I am confident that the TaylorMade, adidas and Ashworth Golf brands will continue to deliver engaging marketing initiatives that provide golfers with a clear understanding of how each brand can benefit their games.”

“I am being entrusted with the best marketing job in golf,” said Maggiore.  “Each of these three brands have great stories to tell and I am looking forward to leading the most talented and dynamic marketing team in the industry to bring these stories to life.”

Maggiore, 41, began his career with Ashworth Golf in 1998 where he helped shape one of the most recognized golf brands. He later moved to adidas Golf running point on the company’s brand communications. .

Outside of TaylorMade-adidas Golf Company, Maggiore serves on Golf 20/20’s Communications Committee. A lifelong golfer inspired by his father at a young age, Maggiore holds a 5.3 Handicap Index. A Chicago native, Maggiore graduated with a Bachelor of Arts in Business Administration and Marketing from the University of San Diego in 1991. Maggiore has been married to his wife Leslie for 10 years, and the couple has three children: Bobby (7), Kate (6) and Jack (4).
About Taylor Made Golf Company, Inc. dba TaylorMade-adidas Golf Company
TaylorMade Golf has led the golf industry’s technological revolution since the company was founded in 1979. TaylorMade metalwoods, irons and putters have been used to win hundreds of professional golf tournaments around the world. In 1998, TaylorMade became a wholly owned subsidiary of the adidas Group. adidas Golf creates high-performance, technology-infused golf apparel and footwear worn by hundreds of professional golfers around the world. Ashworth, which became a brand of the TaylorMade-adidas Golf Company in 2008, creates relaxed, lifestyle-oriented golf apparel synonymous with authenticity and quality. Learn more about TaylorMade-adidas Golf and its brands at (866) 530-TMAG (8624) or www.taylormadegolf.com, www.adidasgolf.com, www.ashworthgolf.com, and www.tmag.com.
About the adidas Group
The adidas Group is one of the global leaders within the sporting goods industry, offering a broad range of products around the core brands adidas, Reebok, TaylorMade, Rockport and Reebok-CCM Hockey. Headquartered in Herzogenaurach, Germany, the Group has more than 42,000 employees and generated sales of € 12 billion in 2010.