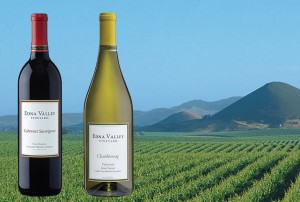 Steve’s breakdown: This is great news for everyone involved. And it’s a great opportunity to get into the Gallo roster of agencies.

Gallo is the largest exporter of California wines and is known for its Sonoma brands.

Local company Paragon Vineyard is one of the current owners and will continue to be a partner.

Gallo is known in the wine industry as being a huge promoter and expert in marketing, and a lot of local winemakers say this purchase could give Edna Valley even more national attention.

“We do think there’s a big opportunity to grow the brand in the United States, in particular,” said Roger Nabedian, a senior vice president at Gallo. “It’s a big business today, and we think it can be bigger.”

Gallo is the largest family-owned winery in the country as well as the first to really market California wines internationally.

“There’s going to be some small changes and hopefully improvements, but I think for the most part, the experience that people have here is a good one, and they can expect more of the same,” Nabedian said.

While the idea of a big corporation moving in might give pause to some local businesses, it’s actually the opposite in this case.

For example, Jean-Pierre Wolff, the owner of Wolff Vineyard says this sale could mean a big boom in tourism for the area.

“It’s not going to be viewed as well, there’s a two-Chuck moving next door,” Wolff said.

He says he’s happy Gallo is going to be close by.

“Having the marketing support from some of these larger neighbors, I think, will benefit all of us,” he said.

Even if you haven’t heard specifically of Gallo, you’ve probably seen their products in stores.

They own Andre, which is the country’s best-selling brand of sparkling wine as well as Barefoot Wine and Turning Leaf.

High yields of red varieties helped push the numbers up.