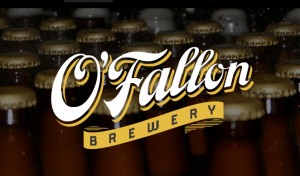 Steve’s breakdown: Here’s a brewery that almost didn’t make it. Distributed in 11 states with a loyal following, O’Fallon now has a steady hand on the wheel. Look for these folks to pump up marketing to return to its former glory and beyond.

O’FALLON, MO: Wheach, 5-Day IPA and other O’Fallon Brewery beers will soon be back in bars and on store shelves now that a former Anheuser-Busch InBev executive has bought the craft brewery.

“I had a great run at A-B, but I was looking to do something on my own that would allow me to stay in the beer business and stay in St. Louis,” Gorczyca, 46, said. “I’m a beer lover, and O’Fallon’s slogan is We Love Beer, so I think it’s going to be a perfect fit.”

Gorczyca bought the company from Tony and Fran Caradonna. The couple founded the brewery in 2000 and will stay on as employees under Gorczyca. Head brewer Brian Owens, who has been at O’Fallon since 2002, will remain in his current position, as will assistant brewer Dave Johnson and production manager Dawn Obrecht.

Grey Eagle Distributors in Maryland Heights will handle O’Fallon’s sales throughout St. Louis, as well as in parts of Gasconade and Franklin counties. Krey Distributing Co. in St. Peters is O’Fallon’s new wholesale partner in St. Charles, Lincoln, Montgomery and Warren counties. Grey Eagle and Krey are two of the latest Anheuser-Busch distributors to expand their portfolios with craft beer from small breweries.

The Caradonnas put the word out in February that they were looking for a local investor to infuse some much-needed cash into the brewery to allow it to stay afloat and prepare for future growth. They were forced to impose temporary layoffs and halt beer production.

Last week, Owens was back in the brewery, cranking out a batch of O’Fallon’s popular peach-flavored wheat ale, Wheach. That beer should be available on draft at St. Louis-area bars and restaurants in about two weeks; Wheach bottles and cans should begin to pop up even sooner, Owens said. The brewery also will have several beers ready to pour for next month’s St. Louis Brewers Heritage Festival in Forest Park.

“I’m really excited to have our beer back out there, because I know people were wondering where it was and if we’d ever come back,” Owens said.

Gorczyca said he recognizes the challenge of re-establishing the brand’s presence.

“I think the most important thing we can do is just let people know we’re bringing back the beers they love,” he said. “Our new distribution partners are going to be working hard not only to get O’Fallon back in all the places it was before, but also to new locations. Our immediate priority is to fill the Missouri pipeline to make sure we get plenty of beer to our customers in the local area.”

O’Fallon produced about 6,400 barrels of beer last year for distribution to 11 states. While most of O’Fallon’s bottled and canned beers are brewed and packaged under contract in Stevens Point, Wis., its kegged products are brewed at the company’s headquarters in an industrial complex in O’Fallon.