Home Industry: For all marketersTo Defend or Not to Defend—That Is the Question for Incumbent Agencies 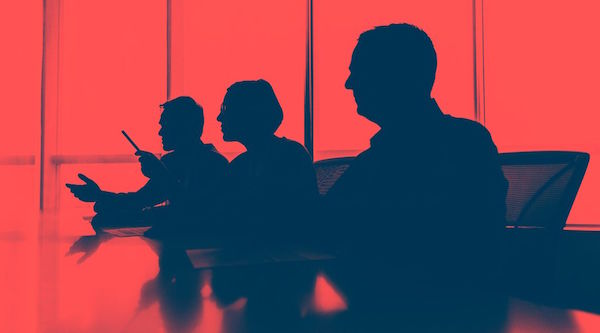 Steve’s breakdown: Sometimes we just like to pass along research. Here’s some from R3. I personally don’t agree with lots of what’s said in the article but I’ll be happy to discuss it with you.

EVERYWHERE, USA: Mediahub’s global leader, John Moore, hasn’t defended a piece of business in years. By the time accounts get to review, there’s usually no point. Moore bases his decision on what he knows to be true: Incumbents rarely succeed in reviews.

“Any good CEO of an agency needs to understand that there are red flags and warning signs all over that account before it goes up for review,” Moore said. “And when it finally goes up for review, that means the agency just hasn’t been able to fix those problems.”

Data confirms that jarring reality. Just 15% of agency incumbents retained business amid reviews in 2021, according to marketing consultancy R3. And the stakes were growing, with last year seeing 53.5% more new business reviews than in 2020.

Despite the hurdles, defending is more common than not. Faced with losing both the account and their investment in a review, an incumbent must weigh a number of factors when deciding whether to participate. Agency leaders and new business consultants say agency execs need to understand why they’re defending in the first place, and then come to grips with their odds of success.

“Clients don’t like reviews,” said one agency leader who wished to speak anonymously. “So if they’ve come to the conclusion of saying, ‘We’ve exhausted all the steps with the agency. We’ve given them a lot of warning. They still haven’t fixed this problem,’ what can you possibly say in the pitch that’s going to fix that problem?”

So if incumbents know the odds, why do they opt to defend? Some agencies do so, even when the situation seems dire, to maintain good standing with the client—especially if the agency manages several of the client’s brands and wants to appear committed, said Joe Maglio, CEO at McKinney.

For some agencies, the decision comes down to data.

Crossmedia assigns accounts scores from zero to 100, depending on the likelihood of retention. “We’ll come to a number and say: ‘Hey, it’s an 84. We should pitch this,’” said Ray Valcich, head of new business at Crossmedia. The agency’s scoring system evaluates factors like shared core values, financial impact, services the client needs, what else it’s pitching and its chances of winning.

When it comes to holding companies, there are different considerations.

“You’re more likely to see independent agencies pull out than holding company agencies because they’ve got more flexibility,” said Greg Paull, co-founder and principal at R3.
If a holding company CEO declines a pitch, they’re more on the hook for their profit and loss than an independent agency because of their connection to agencies within their network. A leader must make up lost revenue by bringing in more business later, and finding new clients can be harder than retaining existing ones.

The potential to expand business prompts some incumbents to participate. In today’s industry, where clients are reducing the agencies on their rosters, large agencies can hinge their pitches on consolidation.

Defend to the End

Almost all of last year’s big reviews resulted in the businesses changing hands. Prominent examples include The Hershey Company, which sent its business to Horizon Media from incumbents UM and Dentsu; Home Depot, which moved its creative from The Richards Group to BBDO; Stellantis, which pulled its media from GroupM and awarded it to Publicis; and Philips, which severed relationships with its incumbent agencies to consolidate with Omnicom. Then there’s Coca-Cola, Cigna, Walmart, White Claw, Planet Fitness, Unilever, Daimler, Chanel, Dunkin’, Cigna, KFC. The list goes on.

“We were able to bring a level of integration that wouldn’t have been possible if it was three different agencies from three different holding companies,” said Deepthi Prakash, global director of product and marketing at Omnicom agency TBWA\Worldwide.

Consolidation reduces costs and increases efficiencies for brands, Forrester principal analyst Jay Pattisall told Adweek. “The marketer mantra these days is, ‘You have to do more with less.’”

Incumbents should never be surprised when clients call reviews. If they are, it’s more difficult to retain the business, agency leaders say.

How much do agencies spend on a pitch?

Denford estimates approximately $120,000 for a midsize pitch of an account worth $50 million-$500 million. This assumes:

But it’s likely too late if consultants like ID Comms, R3 or others are involved, according to Elaine Purcell, chief growth officer at DDB. After a client engages those consultants, they complete a brief and establish inclusion criteria.