$115 million Toys ‘R’ Us media account is in review

$115 million Toys ‘R’ Us media account is in review 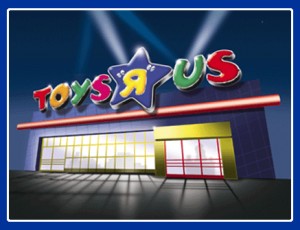 Steve’s breakdown: This review looks well underway so it’s time to pull out any magic phone numbers you might have if you want in.

WAYNE, NJ: Toys “R” Us is conducting a media review for its nearly $115 million account, according to executives familiar with the matter.

The company has sent a request-for-information document to 13 agencies, and it’s understood that it will issue a formal request for proposal by the end of May.

According to one person close to the situation, the incumbent shop, WPP-owned MEC, will defend its six-year relationship. Among the other agencies that are understood to have received an initial information request are Omnicom Group agencies OMD and PHD and Interpublic Group of Cos.’ Universal McCann, a partner to Geomentum, which currently works with Toys “R” Us on hyper-local media-planning efforts.

All agencies either declined to comment or referred calls to Toys “R” Us, which did not respond to several requests for comment.

It’s possible that Toys “R” Us could also be considering bringing aboard a new creative partner. The company moved its creative duties in-house in 2008, following the culmination of its relationship with Hill Holliday. However, it has worked on various digital and marketing initiatives with e-commerce technology and marketing services company GSI, which eBay recently acquired for $2.4 billion. The company’s e-commerce platforms include ToysRUs.com, BabiesRUs.com, eToys.com, BabyUniverse.com and FAO.com.

The company has been making changes to its management structure recently, including the addition of Mattel veteran Neil Friedman as president.