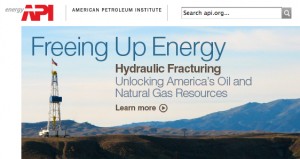 Steve’s breakdown: Here’s an account you might not want but $20 million is $20 million so here ya go. The client said “given the political nature of the debate around energy issues, API is looking for an advertising firm with an established record of Inside-the-Beltway issue advocacy campaigns.” The consultant that’s handling this review is Wendy Hagen at [email protected] in DC.

WASHINGTON, DC: The American Petroleum Institute is hunting for a new agency to handle creative, media and public affairs as it readies an advocacy campaign, according to executives familiar with the matter.

The API, which is the oil industry’s largest trade group, is planning to spend up to $20 million on the campaign, executives said. Wendy Hagen, a Washington-based consultant who had worked on a review for the America’s Natural Gas Alliance in 2009, is said to be handling the search.

API recently issued a request-for-proposal document to several agencies about this project, and interestingly, although much of what the trade group is seeking is creative thinking, a number of PR agencies seem to be participating in the process.

The institute declined to comment on the review, and Edelman didn’t immediately return calls for comment. It’s not clear whether Edelman has been invited to participate in the review.

That API is plotting a new campaign isn’t surprising, given the ever-escalating energy debate and recurring environmental crises which have not been kind to petroleum’s image. For example, “fracking” has taken heat as an environmentally invasive way to extract natural gas from the earth. Ongoing debate over environmental policy and regulation, coupled with the nearing 2012 presidential election, are likely putting the pressure on the group to create advocates.

PR agencies such as Burson-Marsteller and Hill & Knowlton have responded by launching energy practice groups and have brought on senior-level executives to specialize in the space.

API spent over $7 million in lobbying in 2009 and 2010, according to the Center for Responsive Politics. This year to-date, it has spent a little over $4 million.