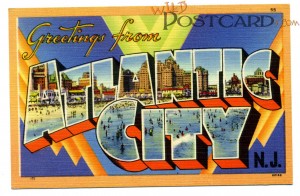 ATLANTIC CITY, NJ: A former executive with Aramark Corp., the company that provides food, drinks and other services at stadiums and entertainment events across the country, will run Atlantic City’s new $30 million-a-year marketing effort.

Casino industry executives told The Associated Press that Liza Cartmell will be introduced at a news conference Thursday as CEO of the Atlantic City Alliance. The group is the private portion of the public-private partnership called for under Gov. Chris Christie’s sweeping changes in the nation’s second-largest gambling resort.

The alliance will use the $30 million in subsidies that casinos previously had to pay to the horse racing industry in return for keeping slot machines out of New Jersey’s racetracks. Christie and the state legislature ended those payments as part of an Atlantic City rescue package.

“She is a well-established executive who worked in the entertainment and hospitality industry,” said Don Marrandino, eastern regional president of Caesars Entertainment and president of the alliance. “She has deep roots in New Jersey and she’s a no-nonsense business person who can lead the renaissance of this market.”

“Her entertainment management experience and knowledge of financial markets will serve her well in her new post with the Atlantic City Alliance,” he said. “We at CRDA look forward to working with Liza and the alliance to develop strategies for the resurgence of Atlantic City as a premier destination resort.”

Cartmell most recently was a group president at Aramark, overseeing its sports and entertainment division, which provides food, retail and other services for more than 300 stadiums and entertainment facilities across north America.

Before working at Aramark, she worked for seven years at Mellon Bank. She earned her bachelor’s degree in economics from Wellesley College and her MBA from Columbia University.