Beer brands to keep an eye on

Home Industry: Booze/Beer/WineBeer brands to keep an eye on

Beer brands to keep an eye on 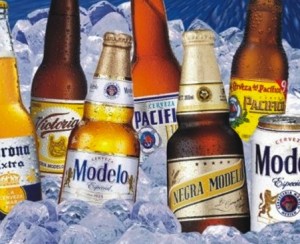 Steve’s breakdown: It’s complicated but brands Corona, Modelo, Pacifico and many more are kinda just hanging out there after the Justice Dept blocked Anheuser-Busch InBev from buying them.

It could be a while before things shake out but these brands can’t stand still so check into them. 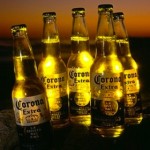 AB InBev made the deal for Grupo Modelo last summer, hoping to augment its position in the fast-growing Mexican market while expanding the reach of Modelo brands globally.

The news also served to torpedo shares of Constellation Brands Inc., STZ -17.74%which had a side deal as part of the takeover plan.

AB InBev already owns a 50% noncontrolling stake in Modelo, whose stable includes Corona Extra, the best-selling imported beer in the U.S., as well as Modelo Especial and Pacifico. It proposed to buy the rest from the Mexican families that control Modelo in a cash deal.

The Justice Department said it filed suit in U.S. District Court for the District of Columbia seeking to prevent the companies from merging. The deal “would result in less competition and higher beer prices for American consumers,” said the department’s antitrust chief, Bill Baer. “This lawsuit seeks to prevent ABI from eliminating Modelo as an important competitive force in the beer industry.” 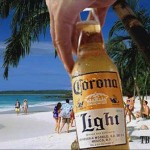 In a statement, AB InBev said the government’s action was “inconsistent with the law, the facts and the reality of the market place.” The company added, “We remain confident in our position, and we intend to vigorously contest the DOJ’s action in federal court.”

The company said it no longer expects the deal to close in the first quarter of 2013.

AB InBev inherited the Modelo stake in InBev’s $52 billion takeover of Budweiser maker Anheuser-Busch in 2008. The Justice Department, citing AB InBev’s regulatory filings, said that despite the stake, AB InBev doesn’t have voting or other effective control of Modelo because it has only a 43% voting interest in Modelo. The department said the acquisition would give AB InBev control of Modelo and enhance AB InBev’s market power.

The Justice Department said AB InBev and Modelo together control about 46% of annual beer sales in the U.S. The department said the U.S. beer market is highly concentrated and it described Modelo as an important competitor putting pressure on AB InBev to maintain or lower prices, especially in certain parts of the country.

As part of the proposed deal, Modelo was to sell its 50% stake in Crown Imports, a joint venture with Constellation that imports and markets Modelo brands in the U.S. Constellation will pay $1.85 billion. That deal would keep a lid on AB InBev’s market share in the U.S., which was already approaching 50%, with the hope of damping antitrust concerns.

Shares of Constellation sank 20% on Thursday’s news. Shares of AB InBev and Modelo were also down, but less sharply.

Constellation Brands said it was “disappointed” with the Justice Department’s decision.

Constellation’s shares ended 2012 with a 71% gain, as investors cheered the company’s agreement to buy out the Mexican brewer’s stake in Crown Imports for $1.85 billion. Crown was the two companies’ evenly split joint venture that supplies the U.S. with Grupo Modelo beers such as Modelo and Corona. The planned deal would have doubled Constellation’s annual revenue and given it more control of beers like Modelo Especial and Corona, which have outperformed the U.S. market.

But even after Mexico’s antitrust authority signed off on the deal, regulatory worries in the U.S. remained a concern. Constellation had contended last month that the deal would close by the end of March, a timeline that is now off.

A Constellation spokeswoman wasn’t immediately available to comment on the decision.

The Justice Department said InBev’s bid for Modelo would “substantially lessen competition” in the U.S. It contended the merger would result in U.S. consumers “paying more for beer and having fewer new products from which to chose.”