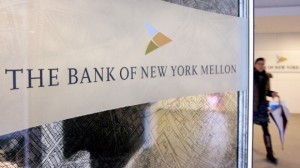 Steve’s breakdown: Here’s one of those clients that kicks an agency’s client roster up a notch. If you’re interested in pitching, you’ll have to move fast because they expect this review to be over in a month.

NEW YORK, NY: BNY Mellon, a leader in the realm of asset and securities management, is in the late stages of a review of its creative business.

The assignment is global, with estimated media spending of nearly $15 million. In the U.S. alone last year, media spending exceeded $10 million, according to Nielsen. That figure doesn’t include online outlays.

The incumbent on the account, The Concept Farm in New York, is defending. BNY Mellon is among its largest accounts.

The review stems from BNY Mellon’s growth globally as well as best business practices, according to a representative. The company  hopes to complete the process next month.

“The global brand (footprint) has been increasing and so we’re dedicating a larger part of our advertising budget overseas,” the rep said. “We’re just evaluating our agency relationship. It’s something you do every so often.”

BNY Mellon’s media business is not in play and remains at The Media Kitchen, a unit of Kirshenbaum Bond Senecal + Partners in New York.

Past TV spots from Concept Farm wove BNY Mellon’s arrow-like logo into scenes of risk-taking, such as a man jumping off a cliff with a hang glider whose sail morphs into the logo. In another spot, a giant version of the logo fills the chasm between two mountains, enabling a climber to walk between them. The tagline was, “Who’s helping you?”

BNY Mellon is the product of Bank of New York’s 2007 acquisition of Melon Financial Corp.  The company reported total revenue of $13.8 billion last year and manages $1.2 trillion in assets. Its chief marketing officer is Peter Hayes.