Do the Adirondacks need a tourism brand to attract more visitors?

Do the Adirondacks need a tourism brand to attract more visitors? 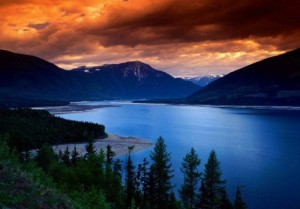 Steve’s breakdown: Sometimes you have to help create a new account to win one. Here’s a perfect example of when people realize they need to advertising but just need a little convincing. Will your agency be the one who pitches them over the top? Try these folks first: http://visitadirondacks.com

LAKE PLACID, NY: For decades, the Adirondack Park has been marketed as one of the premier tourist destinations in the East.

The list of attractions is nearly endless, from Lake Placid’s sports venues to fabled trout streams to historic sites like Fort Ticonderoga. And then
there’s the incredible fall color.

But in many ways, the Adirondacks are still undefined and undiscovered. The Park doesn’t have a recognizable brand in the way that other tourism destinations do.

As Brian Mann reports, many industry leaders say that’s a big problem for a region that hopes to build prosperity one visitor at a time.

A few weeks, I stopped in at a tourism conference hosted by state Senator Betty Little at Paul Smiths College.

A lot of the conversation was about nuts and bolts stuff – like funding for the statwide “I Love New York Campaign.”

“I think ‘I love NY’ is a great program, but it’s kind of stagnant, if you ask me,” Little said.

One by one, dozens of tourism experts and business-people shared ideas about their own venues, and new strategies for attracting visitors.

But as I listened, I realized that I wasn’t sure exactly what it was all these people were selling.

If you say Vermont or New Orleans or Cape Cod, I sort of get it.  There’s a brand, a concept. But the Adirondacks – not so much.

“Quite frankly, the majority of people even in the New York metropolitan area have no idea where the Adirondacks are or what’s available up here,” said Ron Ofner who heads the Adirondack Regional Tourism Council, a non-profit that works with seven of the Park’s counties to coordinate marketing.

“It’s no fault.  We’re just kind of an undiscovered secret.  And in some instances that can be very good, but in other instances, from an economic driver standpoint, we need to do a better job.”

It’s kind of startling how widely this concern is shared.  Literally hundreds of millions of dollars have been spent on Adirondack tourism venues and marketing.

But especially those industry leaders who’ve come here from outside the region who’ve resettled here say the Adirondacks need a better brand.

“I honestly think that the Park is really in its infancy,” said James Miller is dean of the School of Hospitality, Resort and Culinary Management at Paul Smith’s College.

He says the brand can’t just be about water and mountains and snow. It  has to include things that Americans love – like food and shopping and the arts.

A concern for years in the Park has been the fact that the tourism industry is so balkanized.  Different regions look out for their own image, their own marketing.  And within those regions, different organizations and businesses often pursue their own individual brands.

But Phil Anderson, general manager of Whiteface Lodge in Lake Placid, says that’ s just not working. Even the big resorts, he says, are largely seasonal, with whole months where venues and hotels sit empty.

“There’s a lot to offer here, but I think fromm listening to what we’ve said, it’s still very disjointed.  I don’t think we’ve marketed the Adirondacks as ad a destination as it should be.  I mean it’s the largest park in the continental US.  Most people would get that answer wrong on Jeapordy.”

Anderson works for a hotel management chain and he says other destinations have simply done a better job of unifying around coherent messages.  He points to his experience working in Hawaii.

Jonathan Bouman is a marketing expert with Ad Workshop.  His firm is working on one of the campaigns designed to raise awareness of the Park but he acknowledges that the education process is still in its early days.

“I think the issue is that people are confused about the Park as opposed to the Adirondack region.  Because they’ll call the visitors center and they’ll say, ‘Can I bring my dog?’ or ‘What time does it close?’ So there’s still a lot of that hurdle to get over.”

The bottom line is that tourists have a ton of options and a lot of them make decisions fast, based on some really basic marketing impressions.

And if potential visitors don’t have any impressions at all of your destination, that’s a big problem.

After leaving the conference, I asked some of the students at Paul Smiths college how much they knew about the Adirondacks before coming here from school. Here’s Jake Servadka.

“I’m from northern Jersey right on the outskirts of New York City and I didn’t find out about this place until I actually took a school trip up here and then I fell in love and came back.”

If there’s a silver lining here, it’s this:  Once we get people to the Adirondacks, they’re blown away and they want to come back.  Reed Morris is from Philadelphia.

“Yeah, I had no idea that this was a Park even at all.  I actually came up here and visited and really thought it was beautiful and it wasn’t until I went to school here that I found out it was a Park and everything about it.”

The question now is whether the Adirondack Park can develop the kind of brand that will entice more people to come here for that first visit, that first glimpse.