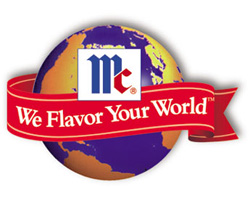 Steve’s breakdown: This global PR account review is a long time coming so hopefully they have a plan laid out. The company has been on the fickle side when it comes to their ad account but this might be completely different.

The pitch comes as the $3bn company aims to expand its emerging market presence. McCormick is a dominant player in US spice aisles, and recently reported strong consumer sales in its 2Q earnings despite the difficult economic environment.

According to the Baltimore Sun, McCormick has committed more than $440m since 2010 to fund its emerging-market aspirations, which have included acquisitions and joint ventures in Poland, India and Turkey.

McCormick’s US consumer business was awarded to Weber Shandwick in 2007, led by the firm’s Chicago office. At the time, it was reported that McCormick did not have a global AOR. It is understood that the current review is for the company’s consumer division, and includes international markets.

McCormick representatives did not respond to request for comment as this story went live.