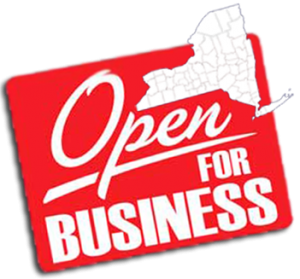 Steve’s breakdown; Though there are some big names associated with this organization such as Donny Deutsch (chairman of Deutsch Inc.), Shelly Lazarus (chairman of Ogilvy & Mather) but I still think they will be fair about choosing an agency. The RFP can be located here => Link

The “New York Open for Business” campaign will get the message out to companies throughout the world that New York is a premier place for business to invest and grow,” said the Governor, who assumed office in January.

The push includes an RFP for a “major communications firm” to help create “a bold new campaign, across all media, to promote the advantages of doing business in New York,” he said. The Empire State Development Corporation is handling that process.

Cuomo noted that the massive job flight that has devastated communities throughout the State has given New York an “image of having one of the worst business climates in the nation.”

The Democrat believes New York is becoming more “business-friendly” in the aftermath of the deal to balance its budget without a tax hike, ethics reforms and launch of regional economic business councils. The state also boasts of an educated work force and strong network of universities and colleges.

A $10 to $50M multi-year communications program from the Empire State Development Corp. will be a major component of the open for business drive.

Many sources including this!