This company never saw a good idea it didn’t like

This company never saw a good idea it didn’t like 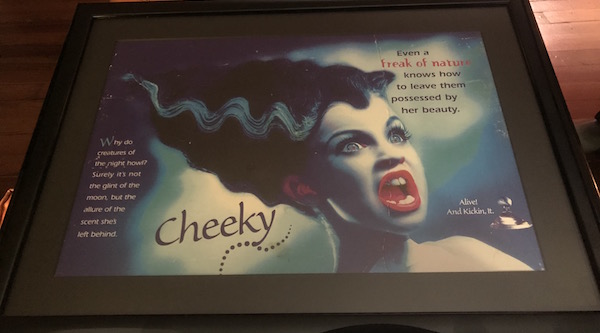 Steve’s breakdown: That’s why we alway write about Coty Inc. when they make changes. This time it’s a lot Chess Piece moves at the top but they are always a good conversation starter to weasel some new concepts in front of them.

In fact, the featured image is one of the concepts we pitched them back in the day. (as you can see, I framed it 🙂 We presented 9, they tested 3 and we got two totally unrelated projects. And I was working at a “Toy Agency” at the time so get’em.

NEW YORK, NY: Coty has made several executive and Board appointments that are designed to help accelerate growth of the business. By summer 2020, upon conclusion of the strategic review that is underway, Pierre Denis will succeed Pierre Laubies as Chief Executive Officer of Coty and Pierre-André Térisse, Chief Financial Officer of Coty, will become Chief Operating Officer while retaining in full his CFO role and responsibilities. Additionally, the Coty Board of Directors has elected Isabelle Parize and Justine Tan non-executive directors, effective February 27, 2020.

Building on the foundation put in place by Laubies, Pierre Denis plans to accelerate top-line growth across Coty’s core categories: Fragrances, Cosmetics and Skin Care. Denis will assume responsibility for the Marketing, Sales, Human Resources, R&D and Legal organizations. Denis is currently CEO of Jimmy Choo Group Limited, a position he has held since July 2012 when he was recruited by JAB, the luxury accessories brand’s owner at the time. He brings 30 years of luxury, beauty and brand experience, having previously served in a variety of leadership roles with LVMH, notably with John Galliano, as well as with Christian Dior.

To support Mr. Denis’ growth agenda, Pierre-André Térisse has been promoted to the newly created position of chief operating officer, focused on securing effective alignment and integration of all support functions. He will retain in full his CFO role and responsibilities.

“Pierre Denis brings a wealth of cosmetics and luxury experience in developed and developing markets, including in Asia, and I have admired his work for many years,” added Peter Harf, chairman of Coty. “Pierre will work closely with Pierre-André Térisse, who intimately knows the company’s operations and finances, to ensure that Coty is well-positioned to capture myriad growth opportunities and accelerate top line performance.”

Tan is a Partner at JAB, Coty’s controlling shareholder. She brings more than 20 years of experience in investing, banking and operations, having previously been a founding member of Temasek’s US operations, and an investment banker at Goldman, Sachs & Co.