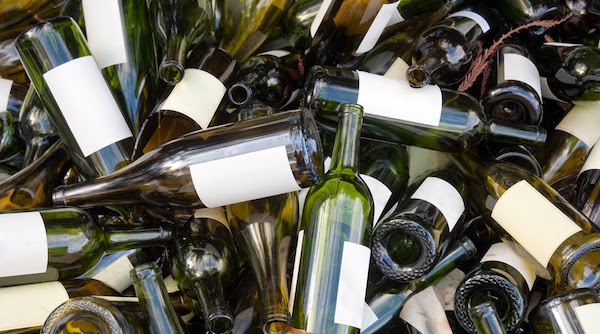 Steve’s breakdown: Lots of wine brand to look into on both sides of this equation. Might as well get in there and send those congratulatory notes and start a conversation.

MODESTO, CA: E. & J. Gallo Winery and Constellation Brands Inc., two of the largest wine producers in the world, on Thursday said they are trimming their $1.7 billion deal for lower-priced Constellation wines announced earlier this year, after regulator concerns about the transaction.

After Modesto-based Gallo and upstate New York-based Constellation announced the sale agreement on April 3, the Federal Trade Commission became concerned primarily about the sale of brands in the sparkling wine, brandy, dessert wine and concentrate categories, according to Constellation. So it is excluding brands Cook’s California Champagne, J. Roget American Champagne and Paul Masson Grande Amber Brandy from the deal, amounting to 5 million in annual case sales. The deal value is now estimated to be $1.1 billion, including $250 million in brand-performance provisions.

The April deal included over 30 wine and spirits largely under $11-a-bottle brands — including those with a North Coast tie, including Clos Du Bois, Ravenswood and Franciscan — plus six wineries in California, Washington and New York. The move is part of Constellation’s shift to focus on upscale wine brands such as Simi, The Prisoner and Robert Mondavi from the North Coast, Gallo is looking to expand its portfolio across price points, including a string of investments in high-end North Coast brands, wineries and vineyards in the past few years.

“Both the Gallo and Constellation teams are committed to completing the transaction,” said Gallo CEO Joseph E. Gallo in the latest announcement. “We see a tremendous opportunity with this acquisition to bring new consumers into the wine category and look forward to integrating these brands into our portfolio and welcoming the new employees to our family winery.”

Gallo and Constellation are eying completion of the deal by March 1, pending regulatory approval.

“We remain confident in our wine and spirits transformation strategy and we are committed to continuing to work with Gallo and the FTC to finalize this transaction,” said Bill Newlands, Constellation president and CEO, in the announcement. “We continue to focus our total portfolio to align with consumer-led premiumization trends and growing segments of the market. We believe pursuing a revised agreement is in the best interest of the brands, our collective employees, business partners and consumers. We aim to close as soon as possible and look forward to a seamless transition while continuing to drive momentum in our respective businesses.”

Constellation said it is “pursuing other opportunities” to sell the brands pulled from the Gallo deal.

In a separate deal, Constellation on Thursday said it inked an agreement with Gallo to sell the New Zealand-based Nobilo Wine brand and related assets for $130 million. The brand had net sales of nearly $40 million and gross profit less marketing of about $19 million on the roughly 550,000 cases sold in the 12 months ending Aug. 31.

Constellation said case volume in that period of all the brands currently involved in the two deals with Gallo total about 22 million cases, $860 million in net sales and $330 million in gross profit less marketing.