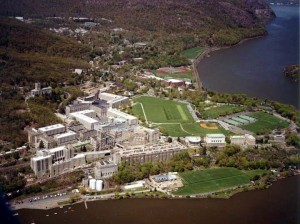 Steve’s breakdown: Though an official RFP has not been issued, a sources sought document states the work for the campaign will include creative, art, editing, photography, printing and mailing. The contact is Vivian Malta at 845-938-8637.

WEST POINT, NY: The US Military Academy (USMA) at West Point, NY issued a sources sought notice on June 6 looking for an agency that specializes in higher education marketing to create a recruitment direct mail campaign.

The USMA will select a firm to create an effort targeting prospective candidates for the academy, as well as parents, counselors and schools. The initiative’s goal will be to create more touchpoints with candidates and increase awareness of West Point, according to the notice.

The campaign is “not likely” to begin before September, said Vivian Malta, contract specialist at the USMA, who declined to specify an account budget.

Work for the campaign will include creative, art, editing, photography, printing and mailing, according to the academy’s sources sought document. Agencies must be able to provide finished printed products, as well as mailing services with labels and variable material. The USMA will only consider firms that can assign a creative team to the academy to work with it from the beginning stages of design until delivery, according to the filing, which has a response date of June 10.