Just as forecasted, Boeing went in review: Will they need another? (free to see)

Home About The Ratti ReportAgency Reviews we've PredictedJust as forecasted, Boeing went in review: Will they need another? (free to see)

Just as forecasted, Boeing went in review: Will they need another? (free to see) 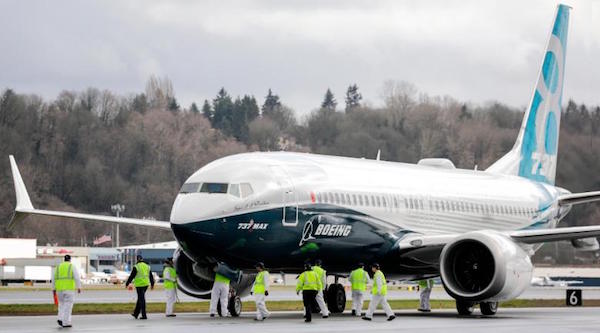 Steve’s breakdown: “Edelman Helps Boeing Navigate PR Turbulence” and we called this one in March. See our reporting at the bottom.

Just another example to keep a keen eye on our “account review predictions”. This time it was for PR. What’s it going to be next time?

CHICAGO, IL: Boeing has reached for Edelman to map a communications plan to reintroduce its 737 Max to the flying public, once the grounded plane receives regulatory approval to return to service.

A member of Edelman’s corporate advisory team declined comment on the work and referred O’Dwyer’s to Gordon Johndroe, VP-communications, government operations at Boeing.

“While I cannot comment on any particular firms, we engage a number across the world to assist with strategic communications,” he said via email.

Boeing CEO Dennis Muilenburg has been the point person in the crisis plan, issuing a public apology and making the rounds of airlines to build support for the return of the 737 Max.

He told a conference call last month that he wants “pilot voices” to speak for the airworthiness of the 737 Max because they are trusted by passengers.

Boeing, though, may face severe headwinds in its bid to gain the support of passengers after the 737 Max returns to the sky in September.

Barclays Investment Bank released a survey on May 8 that showed 44 percent of the public expects to wait a year or more before flying on the 737 Max. Only 20 percent would board the plane once the grounding is lifted

More than half (52 percent) of respondents would rather fly another type of plane.

Boeing turned to Sard Verbinnen for crisis support in the aftermath of the Ethiopian plane crash in March that killed 157 people. A Lion Jet 737 Max went down in October with the loss of 189 lives.

Johndroe joined Boeing in 2014 from Lockheed Martin, where he was VP-worldwide media relations. He also was VP at APCO Worldwide, deputy White House spokesperson, director of strategic communications at the State Dept. and press secretary to First Lady Laura Bush.