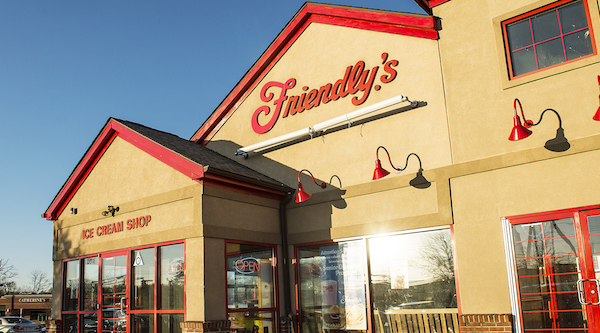 Steve’s breakdown: and then it happened

See prediction at the bottom.

WILBRAHAM, MA: It looks like Friendly’s Restaurants is gearing up for a second act.

Actually, it’s more like a third or fourth act — the iconic quick-service restaurant chain filed for bankruptcy last fall (not for the first time) after the pandemic wreaked havoc with its operations. It was simultaneously sold to Amici Partners, which has invested in several restaurant properties, such as Souper Salad and Redbrick Pizza.

Amici bought the 130-store Friendly’s chain for less than $2 million, plus the assumption of some liabilities. The chain spent around $37,000 on measured media in the past year according to agency research firm COMvergence.

Earlier this year food marketing veteran Dave Ellis joined Friendly’s as CMO and now, after a competitive pitch, the chain has appointed San Francisco-based Erich & Kallman as its new agency of record. The agency’s remit includes all creative marketing and media duties.

Friendly’s, which has been “creating memories since 1935,” has plans to open new restaurants and add new offerings to its menu.

Ellis said the company, known for its Fribble, Jim Dandy Sundae and other comforting delights, is counting on E&K to help it create “a new advertising campaign that captures the essence of the iconic Friendly’s brand, in a contemporary way.”