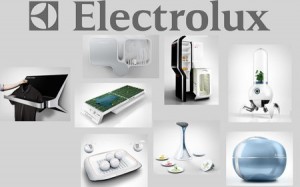 Steve’s breakdown: Here’s a great opportunity for shops with consumer electronics or furniture experience. You can slip right in there under the umbrella of home goods.

Scott was one of the faces behind the upbeat news in December 2009 about Charlotte’s largest headquarters announcement in 25 years. The move from Augusta, Ga., to a former bank headquarters in University City would bring 738 jobs and millions in payroll to Charlotte — and in April, the company announced plans to add 200 more jobs.

In an e-mail to employees this morning, Scott “has a candid discussion of his reasons,” said Caryn Klebba, director of corporate communications for the North American unit, via e-mail. She declined to give specifics.

“This move is part of a planned transition that has been in the works for some time, but the timing has a lot to do with finding the right person to take over the role. Jack Truong is that person.”

“We are pleased to welcome Jack Truong to Electrolux,” says Keith McLoughlin, Electrolux President and CEO.

“At 3M he demonstrated the ability to accelerate growth by applying innovative technologies and marketing to meet the ever-changing consumers’ needs. His experience and track record will be crucial in helping to ensure our long-term growth with an intense focus on strong brands, high-impact new products and cost efficiency – all of which are key elements of the Electrolux strategy.”