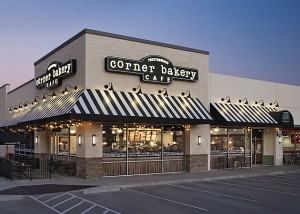 Steve’s breakdown: These two deals are going to take some time to complete but that doesn’t mean you can’t give these folks a call and introduce yourself.

ATLANTA, GA: Roark Capital Group is on a buying spree. On Monday, the Atlanta-based investment firm announced that it had acquired Corner Bakery’s parent company Il Fornaio America Corp. and will buy 80 percent of Arby’s in a deal valued at $430 million.

Details of the Corner Bakery acquisition were not disclosed.

In a research report, R.W. Baird analyst David Tarantino described the Arby’s news as “yet another example that underscores the healthy appetite among private equity firms for deals in the restaurant space.” He expects the news to lift restaurant stocks.

“The market seems to be very ripe for private equity because there are a lot of underperforming companies that have continued to underperform over three-and-a-half or four years of recession and economic downturn. There’s a point where if you’re struggling and you face some headwinds, sometimes it’s easier to be acquired than declare bankruptcy or continue to struggle,” he said.

Corner Bakery, which was founded in Chicago in 1991 and later moved to Dallas, has about 119 locations in the U.S. It began franchising in 2007. The chain, which began as an offshoot of Maggiano’s, became a favorite among urban Midwesterners for its fresh-baked breads and inventive sandwiches. Il Fornaio, an upscale Italian chain based in Corte Madera, Calif., with 22 restaurants, bought Corner Bakery from Brinker International in 2006.

Tristano said that Corner Bakery is positioned in two hot areas of the restaurant industry, bakery and fast casual dining, but its biggest challenge has been bakery chain Panera. St. Louis-based Panera is now more than ten times the size of Corner Bakery, with 1,500 locations in the U.S.

“The partnership with Roark is a perfect fit, providing each brand with unique opportunities,” Mike Hislop, chief executive of Il Fornaio America Corp., said in a statement. “Our ability to leverage Roark’s strong background and extensive resources within the franchise and restaurant industries allows us to better serve our current Corner Bakery Cafe partners, while accelerating our pursuit of new franchisees.”

Raghu Kakarala, senior vice president of digital strategy at Engauge, a Columbus, Ohio-based advertising agency, said that Corner Bakery still shows a great deal of potential, particularly in healthier eating. He added that the chain needs to get back to its core attributes of providing a friendly, neighborhood caf&eacute; with dependable quality.

Through a spokesperson, Roark declined to comment on the Arby’s deal, which is expected to close in the third quarter.

Known for its roast beef sandwiches and curly fries, Arby’s was acquired by Triarc Cos. in 2005 in a deal valued at $800 million. The 3,600-unit chain merged with Wendy’s when Triarc bought the hamburger chain in 2008. As part of Monday’s deal, Roark will pay $130 million in cash and assume $190 million in debt. Wendy’s/Arby’s will keep a 19 percent interest, valued at $30 million.

In a statement Monday, Wendy’s/Arby’s CEO Roland Smith said the divestiture will allow the company to focus on its burger business. Both chains have lagged in same-store sales.