We saw the new creative & knew the agency was getting canned

We saw the new creative & knew the agency was getting canned 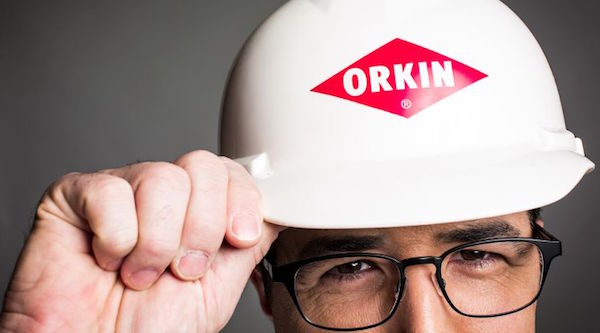 Steve’s breakdown: Back in the spring we saw Orkin’s new campaign and knew it was account killing creative. Making the Orkin employees look & sound like great experts might have given the company a moral boost but did it do anything for sales? Clearly not because they just hired DDB. The announcement is below – Our prediction is at the bottom.

“Orkin has great brand awareness, and I think they are looking to become more breakthrough creatively,” Diquez told Adweek. “Everyone knows who they are, but we want to make them part of the conversation.”

DDB North America announced today that Orkin has selected DDB Chicago as its strategic business and creative agency of record. The Richards Group previously held the account, and the win comes after a series of new hires at DDB chicago. Diquez stepped into her role in June, and CCO Rodrigo Jatene, CSO Milo Chao and head of business leadership Sandra Alfaro each joined the agency in late 2021. According to COMvergence, Orkin spent $18 million on media in the U.S. from July 2020 to June 2021, with it split evenly between traditional and digital media.

While DDB Chicago will primarily work on the account, the team will tap into resources at other offices if needed. Orkin’s vp of marketing Cam Glover stressed that Diquez and her team showcased a true understanding of the Orkin brand and its goals.

“Their great thinking, creative ideas and collaborative nature stood out from the rest,” he said in a statement. “I am looking forward to building upon our already strong relationship.”

The DDB Chicago team is compelled by Orkin’s desire to constantly innovate and improve despite its elite status and positioning at the top of the pest control industry.

“Leaders tend to stay still, but what is great about Orkin is that they want to push forward,” said Jatene. “Our challenge is to bring unexpected ideas to the table, and there’s so much more we can do to place this brand in the heart of pop culture.”

The team behind the win

According to Diquez and Jatene, the team’s early success can be attributed to its multicultural makeup and creativity, as well as its reliance on strategy and data.

“Creativity is born from inclusivity,” said Jatene. “The amount of different backgrounds we have is amazing, and that melting pot is just getting us and the clients more excited.”

Diquez, who echoed that the team’s diverse leadership has been pivotal to its success, had an initial goal when stepping into her role of building the right team at DDB Chicago. Now that she feels she’s accomplished that, Diquez is focused on creating “unexpected work that builds business and brings growth.”

“When you bring different points of view in, and you create the right environments for those points of view to actually flourish, then you make magic,” she said. “We are just a very inclusive agency right now, and I am very proud of that.”

New Creative Screams: The Agency is Getting Fired