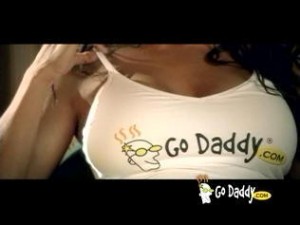 Steve’s breakdown: A fellow blogger read between the lines of this article and realized the founder of GoDaddy is out. Will there be any repercussions to their advertising account? My guess is yes so get in there now.

SCOTTSDALE, AZ: I was reading up a bit about the Go Daddy partnership and found something interesting on AZCentral.com. According to the article, after the deal is finalized, “Warren Adelman, Go Daddy’s chief operating officer, becomes CEO.” Bob Parsons, current GoDaddy CEO and founder will then be named as the executive chairman.

Warren Adelman is currently President and Chief Operating Officer of the company. Although he seems like more of a behind the scenes guy with Parsons taking center stage, Adelman appears to be an active customer advocate, at least in my experience. I’ve seen him give out his personal email address, and a good way to get results at the company has generally been to email/contact the office of the president.

A couple of months ago, I had a transfer issue and was having trouble getting it resolved. After speaking with a few people over a couple of days, I sent Adelman an email to see if he could help. Within a couple of hours, my issue was resolved. I don’t know if Adelman personally had anything to do with it, but I can only assume he was responsible for fixing the problem.

The AZCentral news article indicated that Parsons will remain active within the company, and I suspect that’s a big reason he maintains a majority stake in the company (may be the largest shareholder rather owning the majority of the company). He likely could have sold more of his position if he wanted to step aside. While an executive chairman role may sometimes be more ceremonial than day to day management, I would bet Parsons will remain at the forefront of the company, especially with regards to marketing and advertising.

It will be interesting to see how the company transforms without Parsons at the helm.