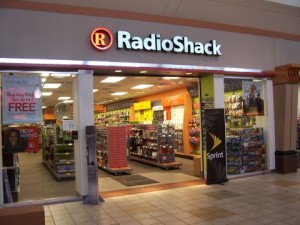 Steve’s breakdown: As we reported in May, Radio Shack has appointed their CFO to CEO and that may have something to do with this review. Anyway, they say they require a PR firm with a Dallas office. If that’s you, get on it because it sounds like the review is in progress.

Cohn & Wolfe CEO Donna Imperato said the agency took the decision because of RadioShack’s requirement that its agency-of-record has a Dallas office. The agency assumed the RadioShack account, estimated at upwards of $500K, when it merged with GCI in 2008. Since then, Cohn & Wolfe has become a roster agency for retailer Walmart.

Is is understood that RadioShack has shortlisted three agencies, after initially inviting numerous firms to take part. The PR reviews follows similar exercises across its other marketing services agency relationships over the past two years.

RadioShack VP of investor relations Molly Salky told the Holmes Report that the company is not “publicly discussing the process,” and that any comment would be “premature.”

RadioShack’s share price recently hit a 52-week low, thanks to competition from bigger rival Best Buy, and continued pressure from online players such as Amazon.