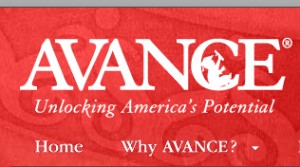 Steve’s breakdown: Founded  in  1973,  AVANCE  is  one  of  the  oldest  and largest  parenting/early  childhood  programs in the country. The Avance mission is: Unlock Amercia’s Potential by strengthening families  in  at-­risk  communities  through  effective  parent  education  and  support  programs.

The group (pronounced ah-vahn-say) released an RFP on Aug. 31 open through Sept. 22 with plans to hire at least one agency for a bevy of PR-related tasks.

“The primary focus is to strengthen Avance’s reputation as a national leader in parent and early-childhood education,” reads the RFP, adding recent expansion has put the group in the media spotlight.

The Texas-based organization, which marks its 40th anniversary in 2013, serves predominantly low-income, at-risk Hispanic communities through 125 sites across the country.

The group expects to award a two-year contract through mid-2013.