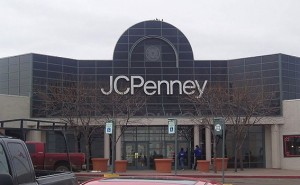 Steve’s breakdown: The quote of the story is “As a demonstration of his confidence in J. C. Penney’s long-term potential, Mr. Johnson requested and has committed to make a personal investment of $50 million in the Company through the purchase, at fair market value, of 7 1/2-year warrants on 7.257 million shares of J. C. Penney Company stock.” Look for a review of all marketing this winter.

Mr. Johnson, 52, has served for the past 11 years as senior vice president of retail at Apple Inc., where he led its retail strategy, which from its start in 2001 now numbers over 300 stores in the U.S. and abroad.  He joined Apple after 15 years at Target Corporation, where he was a key merchandising executive.

Mr. Ullman said, “I am delighted that Ron is joining our Board and the Company, and look forward to working with him as we continue to transform the jcpenney brand.  He is widely recognized and highly regarded in the retail industry for his creativity and innovation, his commitment to empowering employees to deliver an unparalleled customer experience, and to making stores exciting places where people love to shop. His tremendous accomplishments at Apple and Target speak to his great consumer merchandising, marketing and operational talent.”

Thomas J. Engibous, lead director of J. C. Penney Company’s Board, said, “The Company has made outstanding strides under Mike Ullman’s leadership and it has great potential ahead thanks to the Long Range Plan for growth he and the management team developed and are executing, which includes top management succession planning. The progress made under Mike’s leadership is reflected in the Company’s ability to attract an executive of Ron Johnson’s talent and track record as it continues to focus on achieving its objective of becoming America’s most exciting place to shop. We look forward to Ron joining our Board and then to his assuming the chief executive role as he, Mike and their team work towards achieving the Company’s goals.”

Mr. Johnson said, “I’ve always dreamed of leading a major retail company as CEO, and I am thrilled to have the opportunity to help J. C. Penney re-imagine what I believe to be the single greatest opportunity in American retailing today, the Department Store. I have tremendous confidence in J. C. Penney’s future and look forward to working with Mike Ullman, the Executive Board and the Company’s 150,000 associates to transform the way America shops.”

As a demonstration of his confidence in J. C. Penney’s long-term potential, Mr. Johnson requested and has committed to make a personal investment of $50 million in the Company through the purchase, at fair market value, of 7 1/2-year warrants on 7.257 million shares of J. C. Penney Company stock.  The warrants cannot be sold or hedged for the first six years of their term and have a strike price of $29.92, the closing price of the stock on the business day prior to Mr. Johnson’s commitment to purchase the warrants.

Before joining Apple, Mr. Johnson held a variety of positions with Target Corporation, serving in his last role there as vice president of merchandising. In his 15-year merchandising career with Target he had responsibility for such categories as Men’s Apparel, Women’s Apparel and Accessories, Children’s and Home.  He is most noted for launching and leading the Design Initiative at Target, which began with the Michael Graves collection for home and included several other key brands such as Calphalon, Carr, Bodum and more.

Mr. Johnson received his MBA from Harvard Business School and his Bachelor of Arts at Stanford in Economics.

Mr. Ullman joined J. C. Penney as Chairman and CEO in late 2004.  Over the next several months, he and the Company’s Executive Board designed a Long Range Plan for the growth of J. C. Penney to position it for leadership in the retail sector, and they have made great progress in delivering on its goals. This has included enabling the Company to navigate through the challenging economic environment of the past several years and to emerge with an enhanced reputation for style at compelling prices, industry-leading customer service, innovation in the digital experience, leading-edge technology across the organization, significant financial strength and a commitment to operational effectiveness.

Importantly, under Mr. Ullman the Company has put in place a succession planning process for senior management, including for the CEO position.  The appointment of Mr. Johnson is a key step in that process.

Even prior to joining J. C. Penney Company, Inc., Mr. Ullman had a distinguished track record in the retail business, both domestically and internationally.  His leadership experience included serving as group managing director of LVMH Moet Hennessy Louis Vuitton, the world’s largest luxury goods manufacturer (from 1999-2002); chairman and chief executive officer of DFS Group Limited, the travel retailer (1995-1999); chairman and chief executive officer of R. H. Macy & Co., Inc. (1992-1995); and group managing director of Wharf Holdings, Ltd. in Hong Kong (1986-1989).  Among his other roles, he was appointed a White House Fellow by President Ronald Reagan.  Mr. Ullman currently serves as deputy chairman of the Federal Reserve Bank of Dallas; presiding independent director of Starbucks Corporation; Board member of the Retail Industry Leaders Association; and chairman of the board of Mercy Ships International.

J. C. Penney Company, Inc., one of America’s leading retailers, operates over 1,100 jcpenney department stores throughout the United States and Puerto Rico, as well as one of the largest apparel and home furnishing sites on the Internet, jcp.com. Serving more than half of America’s families each year, the jcpenney brand offers a wide array of private, exclusive and national brands which reflect the Company’s vision to be America’s shopping destination for discovering great styles at compelling prices. Traded as “JCP” on the New York Stock Exchange, the $17.8 billion retailer is transforming its organization to support its Long Range Plan strategies to build a sustainable, profitable enterprise that serves its customers, engages its associates and rewards its shareholders. For more information, visit www.jcpenney.net.

This release may contain forward-looking statements within the meaning of the Private Securities Litigation Reform Act of 1995. Such forward-looking statements, which reflect the Company’s current views of future events and financial performance, involve known and unknown risks and uncertainties that may cause the Company’s actual results to be materially different from planned or expected results. Those risks and uncertainties include, but are not limited to, general economic conditions, including inflation, recession, unemployment levels, consumer spending patterns, credit availability and debt levels, changes in store traffic trends, the cost of goods, trade restrictions, changes in tariff, freight and shipping rates, changes in the cost of fuel and other energy and transportation costs, increases in wage and benefit costs, competition and retail industry consolidations, interest rate fluctuations, dollar and other currency valuations, the impact of weather conditions, risks associated with war, an act of terrorism or pandemic, and a systems failure and/or security breach that results in the theft, transfer or unauthorized disclosure of customer, employee or Company information. Please refer to the Company’s most recent Form 10-K and subsequent filings for a further discussion of risks and uncertainties. Investors should take such risks into account when making investment decisions. We do not undertake to update these forward-looking statements as of any future date.