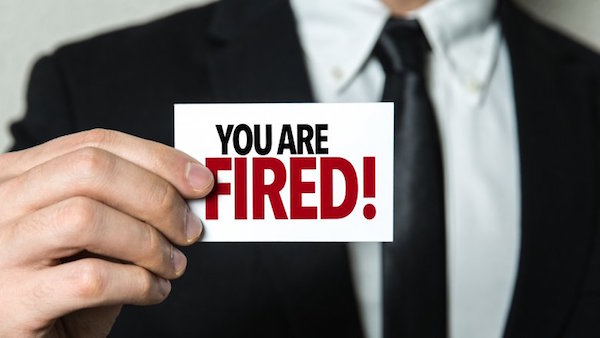 Steve’s breakdown: Seems it’s hitting the fan over at Richards Group so you might want to sniff around a few more of their clients beyond Motel 6 & Home Depot like Duke’s mayonnaise, the Salvation Army & Hobby Lobby.

BTW: Last month, Roth Ryan Hayes said it was handling the Home Depot media review for so make sure your credentials are up to date over there.

Carrollton-based Motel 6, which has more than 1,400 of its budget hotel properties in the U.S. and Canada, said it parted ways with Richards’ namesake firm after reports of the comments made during an internal meeting at the ad firm. The Richards Group developed Motel 6′s iconic slogan, “We’ll leave the light on for you.”

On Wednesday, Motel 6 confirmed to The News that it parted ways with The Richards Group after working together for more than three decades. Home Depot, another of The Richards Group’s clients, also said Wednesday that it has “immediately begun the process of finding a new advertising agency.”

“We are outraged by the statements made about Motel 6 and our customers by a member of The Richards Group during one of its internal meetings,” said a statement from a Motel 6 spokesman. “The comments were not only completely inaccurate, they are also in direct opposition of our values and beliefs as an organization.

“Upon learning of these comments, we terminated our relationship with The Richards Group, effective immediately,” the company said. “We are a company [that] embraces diversity of all forms and have a zero-tolerance policy for hateful comments of any kind, whether that be within our organization, at third party vendors or at our properties. We will continue to work every day to ensure every one of our guests and employees is treated with the utmost respect.”

Motel 6 was not a part of the ad agency’s internal meeting.

The Richards Group is the country’s largest independent advertising agency led by its 88-year-old namesake. Its customers include brands such as Ram trucks, Duke’s mayonnaise, the Salvation Army and Hobby Lobby. It was also the agency behind Chick-fil-A’s cow campaign ads that encouraged customers to “Eat Mor Chikin” before losing that account in 2016.

Home Depot spokeswoman Sara Gorman said the retailer was “shocked and saddened” when it learned of the remarks attributed to Richards.

Ad Age reported that the remarks were heard by about 40 Richards Group employees attending the meeting. Employees had pitched an idea celebrating black artists.

The Richards Group, which has more than 650 employees, notified Motel 6 about the incident Monday.

In a statement from the company attributed to Stan Richards, he apologized for the remarks.

“Last week, we were reviewing creative for what was to be a multicultural campaign for one of our clients,” Richards said in the statement. “Two of our creatives, both white, presented a direction I thought was not multiculturally inclusive enough, I misspoke and commented using words I greatly regret, including three I never should have said: ‘It’s too black.’ ”

“To be clear, though, I have never used racial slurs about any ethnic group nor tolerated it from anyone around me,” Richards said. “Those words were said innocently, but they were hurtful to members of our staff. I have apologized for that, as I should have. Having spent much of my adult life fighting prejudice, I should have known better.”

Richards is known for his bold attitude about his business, saying that he will never let The Richards Group be sold. Richards told D Magazine last month that he would never retire from the company.

Motel 6, owned by The Blackstone Group since 2012, is not without its own past racial controversies.

In 2017, Motel 6 locations in the Phoenix area were accused of informing U.S. Immigration and Customs Enforcement when guests stayed at the hotel with Hispanic-sounding surnames. At the time, Motel 6 said the policy was implemented locally without approval from corporate management and that the two locations in question had been told to stop.

Motel 6 later agreed to pay $7.6 million to settle discrimination claims connected to the practice. A year later, it agreed to a separate $12 million settlement after Washington state filed a similar lawsuit.