Brands are “reviewing” their image all over the country

Brands are “reviewing” their image all over the country

Steve’s breakdown: We are truly living in a Brave New World! It’s blowing my mind but we can’t take our eye off the ball.

Brands all over the country are taking a second look at their brands if there’s even the slightest scent of racism involved. If this is the type of work your agency is built for, jump in now because this “evolving moment” is probably only going to happen once in a lifetime.

Uncle Ben, whose face has appeared on the box of rice since the 1940s, was promoted in 2007 from a servant to chairman of the board. Now, the brand will “evolve” further, a spokeswoman said. Credit…Brendan Mcdermid/Reuters

Within hours of the announcement that Aunt Jemima was being retired from store shelves, at least three more food companies rushed to respond to complaints about other brands that have been criticized for using racial stereotypes.

Mars Food, the owner of the brand Uncle Ben’s rice, which features an older black man smiling on the box, said on Wednesday afternoon that it would “evolve” the brand as protests over racism and police brutality across the country continue.

“We recognize that now is the right time to evolve the Uncle Ben’s brand, including its visual brand identity, which we will do,” said Caroline Sherman, a spokeswoman for Mars. The company does not know the nature of the changes, or the timing, she said, “but we are evaluating all possibilities.”

Shortly after that announcement, ConAgra Brands, the maker of Mrs. Butterworth’s pancake syrup, released a statement saying the company had begun a “complete brand and package review.”

Critics have long associated the shape of the Mrs. Butterworth’s bottle with the mammy, a caricature of black women as subservient to white people.

And later on Wednesday, B&G Foods Inc., the parent company of Cream of Wheat, announced that it too was conducting a review of its packaging.

The porridge box, which depicts a beaming black man in a white chef’s uniform, has not been altered much since its debut in the late 19th century. The character was named “Rastus,” a pejorative term for black men, and he was once depicted as a barely literate cook who did not know what vitamins were.

“We understand there are concerns regarding the chef image,” the company said in its statement, “and we are committed to evaluating our packaging and will proactively take steps to ensure that we and our brands do not inadvertently contribute to systemic racism.”

Complaints about the images go back many years.

The recent widespread anti-racism protests have renewed the focus on companies that for decades have used racial images to sell rice, breakfast foods, dairy products and snacks, among other products and services.

They have fielded complaints about these depictions before, and they have sometimes made adjustments. In 2007, Uncle Ben, whose face has appeared on the box of rice since the 1940s, was promoted from a servant to chairman of the board.

But Kevin D. Thomas, a professor of multicultural branding in the Race, Ethnic and Indigenous Studies Program at Marquette University, said he hoped the current push for change would finally lead to a substantial overhaul in the marketing world.

“I’m hoping this is a reckoning and we’re going to start seeing something that becomes pervasive,” Professor Thomas said.

For decades, many have expressed concerns about the matronly shape of the Mrs. Butterworth’s container.

“I think the key issue with Mrs. Butterworth is her physical shape, which strongly resembles the mammy caricature,” Professor Thomas said. “So while she’s been personified as an elderly white woman, mainly through vocal affect, her physique and style of dress bear a striking resemblance to that of the mammy.”

In its statement, ConAgra Brands said Mrs. Butterworth was “intended to evoke the images of a loving grandmother.” But the company said it wanted to stand in solidarity with “our black and brown communities, and we can see that our packaging may be interpreted in a way that is wholly inconsistent with our values.”

The images of placid, smiling African-Americans on commercial products were often created during times of racial upheaval, Professor Thomas said.Characters like Aunt Jemima, who was first depicted as a mammy, followed Reconstruction when white people were scared of what it meant to live alongside newly freed slaves, he said.

“There was a lot of angst around that. There was terror and a sense of what does this mean for white supremacy?” he said.

Professor Thomas suggested that the advertisers were trying to market products around those fears: “Can we assuage some of that to get back to those quote-un-quote calmer days when we had the slave in the kitchen taking care of our kids?”

Another intent of stereotypes in marketing is to make some goods seem more exotic, experts say.

Chiquita Banana’s ambassador is Miss Chiquita, who carries a basket of fruit on her head and wears a tight, stereotypical Latin dance costume made up of ruffles. 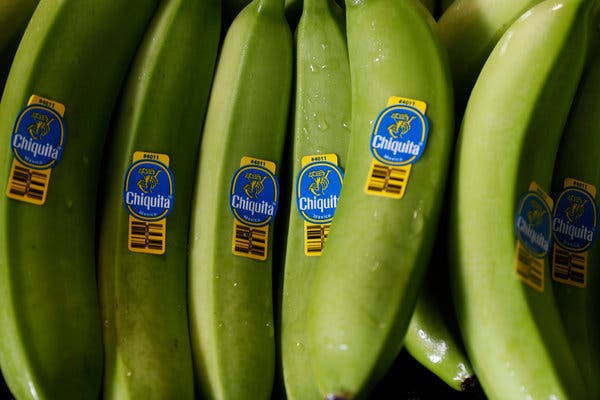 Chiquita Banana’s ambassador, Miss Chiquita, is meant to portray something exotic, but that can have the effect of marginalizing people, one expert said. Credit…Marco Ugarte/Associated Press

“Chiquita Banana has that sort of alluring representation that is meant to give people this vision of something that is exotic and other,” said Rebecca Hains, a professor of media and communication at Salem State University in Massachusetts. “But othering people is really problematic. It marginalizes people and suggests that they’re not important or equal to the majority.”

This is not only a phenomenon in the United States. In 2009, a young Inuit woman publicly denounced Pascall, a candy manufacturer in Australia and New Zealand, for appropriating her culture to sell its “Eskimo” marshmallows and other sweets. The company refused to change the name.

Have companies dropped or modified brands in the past?

The Native American woman who once adorned packages of Land O’Lakes cheese and butter was removed this year.

Beth Ford, the Land O’Lakes chief executive, said in February that it was time the company recognize the need for “packaging that reflects the foundation and heart of our company culture.”

In 1967, Frito-Lay introduced the “Frito Bandito,” a gun-toting Mexican who spoke with a thick accent and threatened to steal chips from kids.

Mexican-American advocacy groups denounced the character and demanded the company stop using it to sell chips. Frito responded by making the Frito Bandito less unkempt. His beard was shaved and his gold tooth was removed, but the character did not fully disappear until around 1971.

In the 1950s, the Sambo’s chain began opening pancake restaurants by the hundreds across the United States. The founders, Sam Battistone Sr. and Newell Bohnett, said the restaurant’s name was based on the first letters of their names. But the name was long reviled as racist, and in many towns the restaurant rebranded itself as “The Jolly Tiger” under local pressure.

Last week, the last Sambo’s in the United States, located in Santa Barbara, Calif., where the chain started, decided to finally change the name. For now, workers have covered the sign outside with a peace symbol, an ampersand and the word “love.”

Customers had circulated a petition this month seeking the change, and the owners agreed it was time. 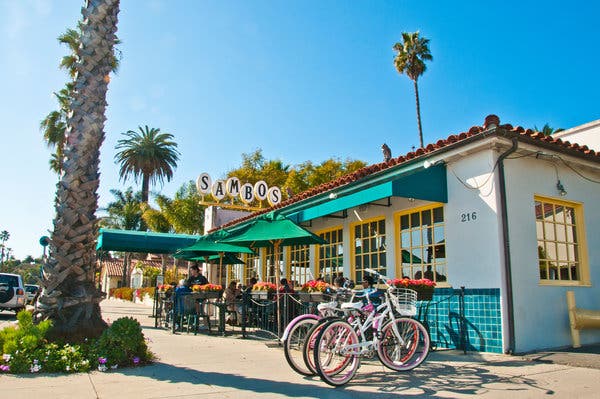 “Our family has looked into our hearts and realize that we must be sensitive when others whom we respect make a strong appeal,” the restaurant owners said on Facebook.

“We are starting over and will try again until we get it done,” the owners said. “Let’s continue to pull together as a community and be better for this moment in history.”